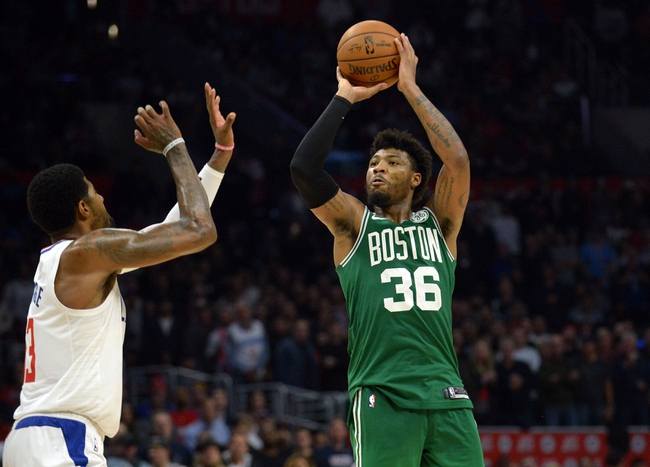 The Los Angeles Clippers travel to the TD Garden to battle the Boston Celtics on Thursday night.

The Los Angeles Clippers have been in decent shape as they’ve won four of their last six games, but they will be aiming to bounce back after falling just short to the 76ers in a 110-103 road loss on Tuesday. Kawhi Leonard led the team with 30 points and nine assists, Landry Shamet added 19 points off the bench while Lou Williams and Marcus Morris Sr each scored 13 points. As a team, the Clippers shot 44 percent from the field and 14 of 31 from the 3-point line as they rallied back from an early 12-point deficit in the second quarter, only to get outpaced in the second half where they scored just 49 points. Paul George had himself a night to forget as he shot just three of 15 to finish with 11 points, 12 rebounds and five assists. Defensively, the Clippers did a nice job of holding the 76ers to just eight of 27 from the 3-point line, but they just had no answer for Josh Richardson who scored 17 of his 21 points in the fourth quarter to get the 76ers over the line.

Meanwhile, the Boston Celtics have been in great form as they’ve won 10 of their past 12 games, but they will be coming into this one looking to rebound after having their seven-game win streak halted by the Rockets in a 116-105 road loss on Tuesday. Gordon Hayward led the team in scoring with 20 points, eight rebounds and six assists, Jaylen Brown added 19 points while Jayson Tatum chipped in with 15 points, nine rebounds and four assists. As a team, the Celtics shot 43 percent from the field and 11 of 32 from the 3-point line as they took a two-point lead going into halftime, before getting run off the floor in the second half where the Rockets exploded for 69 points behind the play of Russell Westbrook and James Harden who combined for 78 points.

The Celtics have quietly been one of the hottest teams in the league and they’re rock solid at home where they have won 22 of 27 games this season. The Clippers haven’t quiet been as hot as they’re coming into this one off a tough loss to the 76ers, but that was a close game that could’ve gone either way. You could make an argument for either team here, but I’m sticking with the more consistent Celtics to continue their strong form at home with a win and cover here.