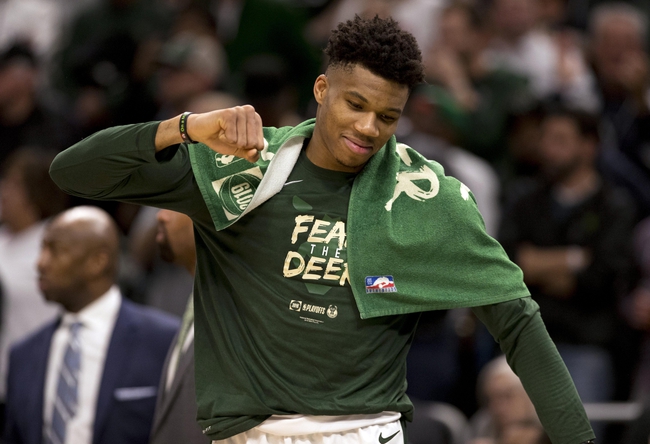 The Milwaukee Bucks head to Boston on Wednesday for a battle with the Boston Celtics in a rematch of their playoff series last season in which the Bucks won 4 games to 1.  In their last game the Bucks defeated the Cleveland Cavaliers 129-112.  In their game against the Cavs, Milwaukee received production from all over the court Khris Middleton led the team in points with 21 while going 9 of 14 from the field. Of course no Milwaukee stat line is complete without the name Giannis Antetokounmpo Who led his team had rebounds with 10 while recording a season low 14 points. The assists leader on the night for Milwaukee was point guard Eric Bledsoe who had 8 assists and also scored 14 points.

The Boston Celtics welcome the Milwaukee bucks into town after returning from a one game road trip in which they defeated the New York Knicks by the score of 118-95. In the Celtics game against the Knicks, Boston was led in scoring and assists by Kemba Walker who recorded 32 points on the night while going 11 of 17 from the field and 3 or 4 from the free throw line while also adding 4 assists on the night. Jayson Tatum led the Celtics in rebounds with 9, 2 of them coming offensively and scoring 15 points of his own. Jaylen Brown also had a productive night for the Celtics, as he scored 19 points while recording 4 rebounds 2 assists a block and a steal.