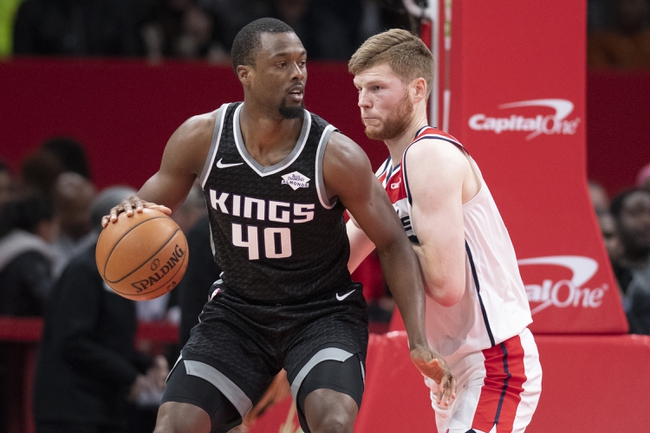 The Sacramento Kings (7-8) will look to make it four wins in five games on Monday when the Boston Celtics (11-4) at TD Garden. The Kings won Sunday over Washington and will seek another win on back-to-back nights on the road, while the Celtics will try to avoid losing their fourth game in five tries.

Sacramento is hot after losing its first five games of the season. Since that time, the Kings have gone 7-3 and hold wins over the likes of Utah, Portland, and Boston in that stretch. The win over Boston was in Sacramento and finished 100-99, a game in which Buddy Hield scored 35 points on 7-of-12 shooting from 3-point range to end the Celtics’ 10-game win streak. Including that game, Boston has gone 1-3 and the Kings have been 3-1 in that time.

The Kings have had six different players lead them in scoring this year but in Sunday’s win over Washington, it was Harrison Barnes who led the way with a season-high 26 points to lead his team over the Wizards. Five Kings scored in double figures overall with Bogdan Bogdanovic scoring 21 points, Hield scored 18 despite 4-of-14 shooting from the field, Richuan Holmes scoring 16 points with 10 rebounds, and Cory Joseph added 10 points and five assists.

The Celtics have run into a bit of a roadblock after jumping out to a 10-1 start to the season, but there is a reason for that: Boston faced elite competition on the road and a pair of close games. After losing to Sacramento on the second game of a five-game road trip, Boston beat Phoenix by 14 before falling to the Clippers in overtime and Denver by four points. No shame in those road losses at all.

Boston trailed against Denver from the start on Friday, falling behind 27-13 after one quarter and 70-57 after three quarters before exploding for 35 points in the fourth quarter to nearly complete the comeback. The game was highlighted by Denver’s Nikola Jokic’s triple-double, but the Celtics’ Kemba Walker suffered a head injury and was forced to be taken from the court on a stretcher. Walker is considered doubtful to play on Monday against Sacramento due to his neck sprain, and Boston is already missing Gordon Hayward who remains out with his broken hand.

Those injuries leave Jayson Tatum as the leading healthy scorer on the team averaging 20.5 points per game while Jaylen Brown adds 18.8 points and 7.4 rebounds per game. Marcus Smart is the only other healthy player averaging more than 10 points per game with 12.3 per game.

This number seems huge with the Celtics missing Walker and Hayward. Boston is still playing at an elite level so it’s tough to fault its small losing streak, but to expect any NBA team to knock off any other team by more than eight without two of its leading three scorers is a big ask, especially against a team that is playing great basketball right now. Take the Kings in a game that Boston probably wins, but most likely won’t win by more than eight.