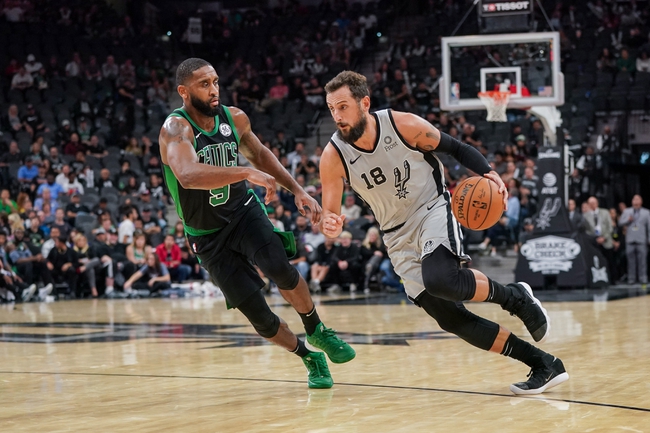 In the Celtics loss to the Wizards, Boston was guided throughout the game by Jaylen Brown.  Brown connected on 7 of 22 attempts from the floor, making 7 foul shots, totaling 23 points and 12 rebounds.  The Celtics shot 35% from the floor and 21% from 3-point range.  Boston allowed the Wizards to shoot 46% from the floor.  Boston only managed 94 points against a Wizards defense that has been known to give up quite a bit of points.

Spurs are 9-3 ATS in their last 12 games against Boston.

The Spurs have lost 2 of 3, while the Celtics have won 3 of their last 4.  San Antonio is 3-12 as the under dog, while being 4-11 on the road.  The Celtics have been great at home, having gone 14-2 thus far.  Boston is 9-6-1 ATS when at home.  The Spurs have controlled this series as of late, having won 8 of the last 10 matchups.  Boston is allowing just under 103 points per game overall, while having 3rd best free throw percentage when at home.  San Antonio is 25th in scoring defense overall, allowing almost 115 per game.  Offensively, the Spurs have the 3rd best field goal percentage, while the Celtics have the best scoring defense in the league.  I'll side with Boston and their defense to change the trends.  Final score prediction, Celtics will win and cover, 112-104.