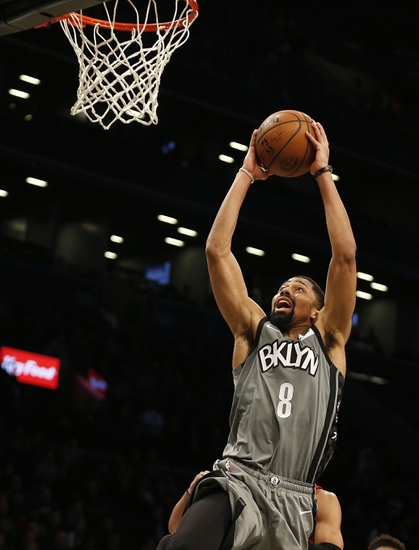 The Atlanta Hawks travel to Brooklyn, New York on Sunday for a game against the Nets in a matchup of two teams from the Eastern Conference.  In their last game, the Hawks were defeated by the Washington Wizards by the score of 111-101.  Trae Young led the Hawks in points against the Wizards, scoring 19 points while shooting 7 of 20 from the field and 5 of 8 from the free throw line. Young also led the Hawks in assists with 7 while playing 31 minutes in the game. John Collins led Atlanta in rebounds as he pulled in 15 on the night, including 3 offensively.

After the loss to Washington, Atlanta is now 8-31 on the season and is currently in 5th place in the Southeast Division.  Trae Young leads the Hawks in points per game on the year and is scoring 28.9 per game.  Young is also Atlanta’s leader in assists per game and is averaging 8.4.  Jabari Parker is leading Atlanta in rebounds per game on the season as he is averaging 6 rebounds per game.  Atlanta enters their game on Sunday with 4 players listed on their injury report as Bruno Fernando, De’Andre Hunter and Alex Len are listed as day to day while Jabari Parker is listed as out.

The Brooklyn Nets welcome the Atlanta Hawks to town on Sunday after winning their last game against the Miami Heat by the score of 117-113.  Spencer Dinwiddie led the Nets in points in the game against the Timberwolves, scoring 26 while shooting 10 of 19 from the field and 4 of 8 from the free throw line.  Dinwiddie also led the Nets in assists as he recorded 14 while playing 35 minutes on the night.  Jarrett Allen was the Nets leading rebounder in the game as he recorded 11 boards, including 3 offensively.

With the win against Miami, the Brooklyn Nets are now 17-20 on the season, which places them in 4th place in the Atlantic Division.  On the year Spencer Dinwiddie leads the Nets in points per game with 22.5 and in assist per game with 8.4. DeAndre Jordan leads the Nets in rebounds per game with an average of 9.9.  The Nets enter Sunday’s game with 3 players listed on their injury report as Kyrie Irving is listed as out while Wilson Chandler and Garrett Temple are both listed as day to day.