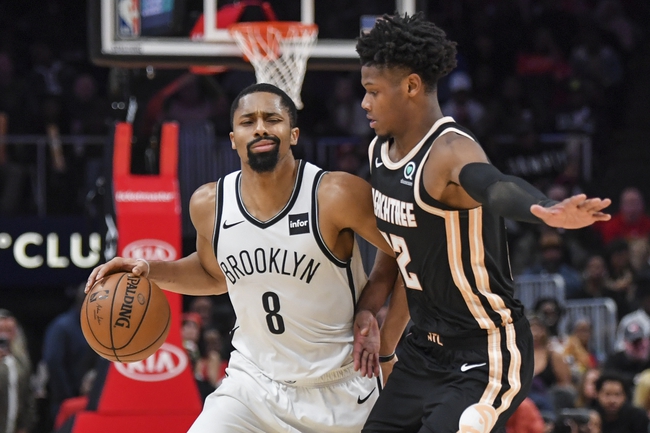 The Atlanta Hawks travel to Brooklyn, New York to take on the Brooklyn Nets on Saturday at the Barclays Center. The Atlanta Hawks are currently on a six-game losing streak and are playing some of their worst basketball of the season. The Hawks' last loss came against the Utah Jazz on Thursday, who were without Mike Conley.

There have been rumors of frustration in the locker room, emotional breakdowns, and the possibility of Atlanta firing coaches, which they have reportedly said are not true as of yet. Who knows if the coaches are on the hot seat, but what is known is that the Atlanta Hawks are struggling on offense, relying far too much on Trae Young to save them.

The Brooklyn Nets are coming off of a loss against the San Antonio Spurs. However, the Brooklyn Nets have won two of their last five games, with one of their games they won against a very good Philadelphia 76ers.

The Brooklyn Nets are 15-13 on the season. The Nets have had a bizarre season as Kyrie Irving has missed most of the season so far, but they have gotten great production out of Spencer Dinwiddie. The Nets will be extremely upset as last game they lost David Nwaba to a torn Achilles injury. David Nwaba was playing very good basketball at the time, bringing in some useful bench points and defense for the Nets.

The Nets are dealing with a litter of injuries as two of their best players Kyrie Irving, and Caris LeVert is out, and now David Nwaba is added to that list. It seems like Brooklyn cannot catch a break. However, the likes of Jared Allen and Spencer Dinwiddie can provide very good production while those players are out. I think that as unlucky at the Nets are, and they are still the better team in this one as the Hawks are not playing great basketball at the moment. I think the Brooklyn Nets win this one, but they win this one is close. Final Score Prediction, Brooklyn Nets win 110, 102.