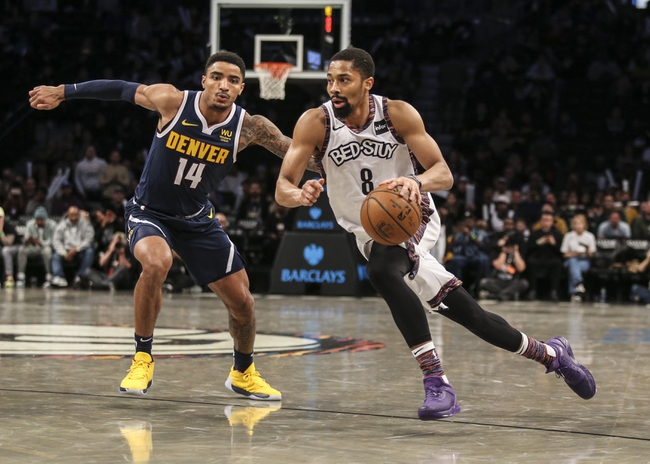 The Brooklyn Nets (13-10) have put together an improbable record of 9-3 without Kyrie Irving, and they will look for their 10th win in 14 games without him when the Charlotte Hornets (10-16) come to Barclays Center on Wednesday. This will be the second meeting between these two teams in the last three for each team following a 111-104 Brooklyn win at Charlotte last Friday.

Brooklyn’s improbable run has been impressive. The nine wins without Irving have come against the likes of Denver and Boston and the Nets have two wins against the Hornets in this stretch. In addition to the game last Friday, Brooklyn also knocked off Charlotte 101-91 at Barclays Center on Nov. 20. The nine wins without Irving have come by an average of just 7.3 points, however, and the Nets lost by three (Miami), 11 (Boston), and 29 (Indiana) in that time.

In the 105-102 win over Denver on Sunday, Spencer Dinwiddie led Brooklyn in scoring for the eighth time since Irving’s shoulder injury, scoring 24 points with eight assists in the win. Jarrett Allen scored 19 with 11 rebounds, Garrett Temple added 15 points with six rebounds, Joe Harris scored 13 points, and Taurean Prince scored nine points with 11 rebounds. Brooklyn outrebounded Denver 48-37 and held the Nuggets to 40.4 percent shooting from the field.

Charlotte edged close to .500 about a month ago but since improving to 6-7 on Nov. 16 with a 103-102 win over New York, the Hornets have gone just 4-9 since and have dropped to 10-16 on the season. The four wins in that stretch came against Golden State and Atlanta, along with two wins against Detroit. Charlotte also lost to teams like Brooklyn twice, Washington, Chicago, and Atlanta in those 13 games.

However, the Hornets earned a 114-107 win over the defensively-challenged Washington Wizards on Tuesday in a game that featured 20 lead changes. Despite the win, Washington’s Davis Bertans had a massive game, scoring 32 points with nine rebounds. But Charlotte showed some balanced scoring with six different players hitting double figures led by Devonte’ Graham’s 29 points on 6-of-11 shooting from 3-point range to go along with six assists. Terry Rozier scored 17 points with eight rebounds and seven assists, while Miles Bridges scored 16, PJ Washington scored 15, Cody Zeller came off the bench for 14 points and 10 rebounds, and Bismack Biyombo added 13 points with 15 rebounds.

Brooklyn knocked off Charlotte at home by 10 points at the beginning of this stretch without Irving, and the Nets continue to play better basketball as they get used to playing without their superstar. In contrast, the Hornets are 1-5 in their last six road games and are losing those five games by an average of 22.2 points per game. Nine points is a lot to give up, but it is the right play here, especially considering the Nets are 7-4 against the spread at home this season. Take Brooklyn minus the nine points for the win.