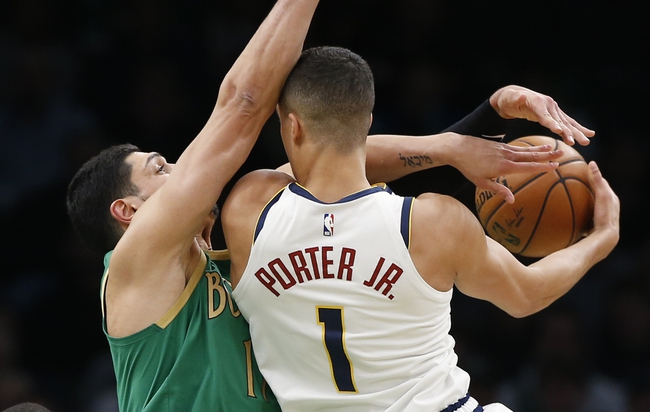 Denver Nuggets travel to Brooklyn, New York to take on the Brooklyn Nets on Sunday at the Barclay Center. The Denver Nuggets are coming off of a 108-95 loss to the Boston Celtics despite Nikola Jokic’s 30 points, but the Nuggets gave up Jayson Tatum score 26 points.

The nuggets have had a terrific season, resulting in a 12-6 record on the year. However, the nuggets are kind of on a skid right now. As they have lost three of the last five games. Their two most recent wins, were also against the New York Knicks and the Washington Wizards, which aren't the most impressive. A win against Brooklyn here, can do a lot for the nuggets, and get them back into the Rhythm that they were in earlier in the season.

The Brooklyn Nets are on a two-game winning streak, defeating the Atlanta Hawks, and then most recently defeating the Charlotte Hornets. The Nets have won three of their last five games, all while missing Kyrie Irving.

The Nets have impressed since Kyrie Irving has been out, as most people thought the Nets, and their defensive inefficiency would plague the Brooklyn Nets while their leading scorer would be out, but it has not. The likes of Jared Allen and Spencer Dinwiddie have stepped up big for Brooklyn in this run of games.

Despite the Denver Nuggets recent struggles, they are still one of the best teams, and most talented teams, and most structured in all the NBA. The Brooklyn Nets will come into this game with confidence, due to their recent success. However, with Denver being healthy, and Brooklyn still without Kyrie Irving, it's still too tough for me to pick them. Final Score Prediction, Denver Nuggets win 112- 07.