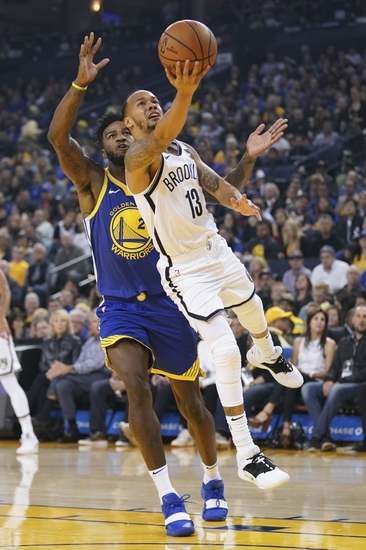 In the Nets win over the Suns, Brooklyn was guided throughout the game by Caris LeVert.  LeVert collected 29 points, 3 rebounds, and 7 assists.  The Nets connected on 485 from the floor and 44% from 3-point distance.  The Nets torched the Suns from deep, out scoring the Suns, 45 to 18.  The Nets had 28 assists on 45 made baskets.  Brooklyn out scored Phoenix from the foul line, 18 to 13.

The under is 5-1 in Nets last 6 games against the Warriors.

The Warriors have been awful on the road this season, having gone 5-22.  However, Golden State has won their last 2 road games and are on a 2 game win streak currently.  The Warriors have won 9 of the last 10 matchups in this series, but I see that changing in this one.  The Nets are above .500 at home and have won 3 of their last 4 overall.  The Warriors are horrendous in 3-point defense, ranking 29th.  Look for Joe Harris to have a nice game from distance.  Final score prediction, Brooklyn will win and cover, 117-108.