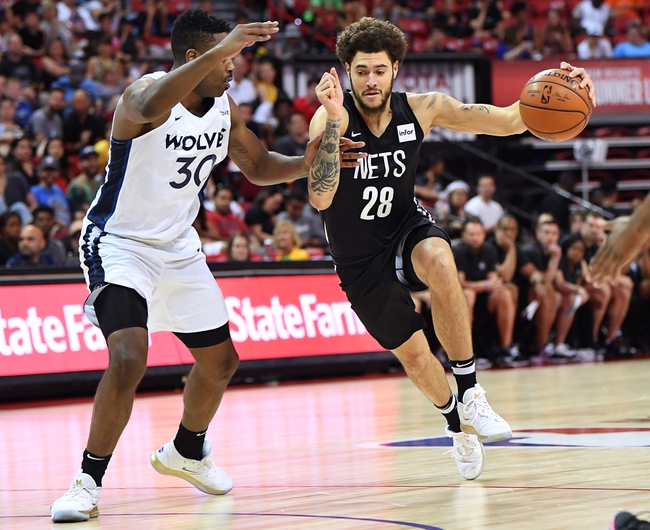 The Timberwolves are expected to roll out a lineup that features: Jeff Teague, Jarrett Culver, Andrew Wiggins, Robert Covington, and Karl-Anthony Towns.  Towns one of the well known players in the NBA averaged almost 25 a game last year.  The Timberwolves are hoping Covington can continue to be a threat from 3pt range.  Shabezz Napier and Josh Okogie should see plenty of minutes off the bench.  Coach Ryan Saunders enters his 2nd season with the team.

Brooklyn comes into this season hoping to build off of last seasons record. Kenny Atkinson is entering his 4th season as the Nets coach.  The Nets projected lineup to start the season is Kyrie Irving, Joe Harris, Caris Levert, Taurean Prince, and DeAndre Jordan.  Irving averaged 23.8 points per game a season ago.  Jordan was averaging a double-double per game by the end of the season.  Harris shot 50% for the year.

The Timberwolves were 23-23 ATS as an underdog.

The Timberwolves were 18-23 ATS as an away team.

The under was 12-10 when the Nets were a home favorite.

Over half of the Nets projected lineup was  an offseason addition.  The Nets have what should be a pretty solid offensive lineup and should have no problem putting up big numbers.  The Timberwolves with Towns, Wiggins, and Covington should be able to keep pace with the Nets.  This matchup has every meaning to be a high scoring shootout.  Both teams averaged over 112ppg last season.  The Nets new additions should only help that number go up. Final score prediction, Nets win and the total goes over 117-113.