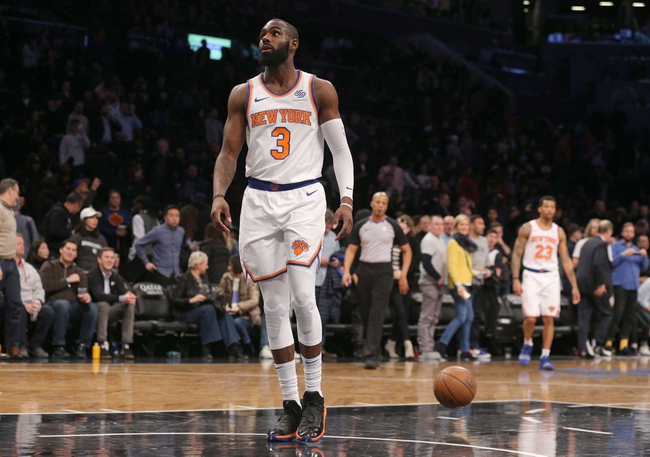 The New York Knicks enter Friday’s game against the Brooklyn Nets with a stat New York basketball fans are all too familiar with, they are below .500.  On Wednesday, the Knicks were in San Antonio, Texas for a match up with the Spurs and were defeated 120-111.  One of the newest Knicks, Marcus Morris who had spent the last 2 years in Boston was the Knicks leading scorer as he put up 26 points while also recording 4 rebounds and an assist.  Center Julius Randle also had a good game while putting up 25 points and 6 assists. Randle was also a force in the paint recording a team leading 11 rebounds for the Knicks.

Although the Knicks came out on the bottom of the score sheet, it’s worth noting that they only had 14 turnovers compared to 21 by the Spurs.  However, they were also beaten in field goal percentage and rebounds.  The new look Knicks continue to try and find their way on Friday night and are hoping to get their first win of the season after an offseason that many viewed as a failure after they were unable to lure any top level free agents to the Big Apple, most notably Kevin Durant who had been rumored to be headed to New York for the better part of last season.

The Brooklyn Nets also come into Friday’s game looking for their first win of the season after a heartbreaking overtime loss to the Minnesota Timberwolves by the score of 127-126 on Wednesday.  Point guard Kyrie Irving shined in his Nets debut after spending the last 2 seasons in Boston.  Irving recorded 50 points, 8 rebounds and 7 assists on the night and was the main driving force for the Nets offense.  Small Forward Taurean Prince also had a good game in his debut with the Nets after spending the last 3 years in Atlanta, picking up 11 rebounds and 15 points.

Although the Nets lost on Wednesday, it can be seen that the moves the Nets made in the offseason, bringing in players like Irving and Prince to team with players that were already there like Caris Levert and Joe Harris could be something special.  For the game, the Nets led the Timberwolves in most categories such as field goal percentage, three point percentage and turnovers but weren’t able to pull out a win against a talented Minnesota team. If Brooklyn can somehow find a way to tighten up their defense, they could continue to be one of the top contenders for the eastern conference crown this season.

Looking at the numbers, the Nets are by far my pick to win this game.  The Nets didn’t cover in their game against the Timberwolves, but it’s hard to imagine that they wouldn’t cover against a once again rebuilding Knicks team.  The Nets have better numbers in points per game, offensive rebounds per game and three point percentage, so it looks like Brooklyn is set to score a high volume of points once again.  The Brooklyn Nets win big by the score of 115-98 and cover the spread.