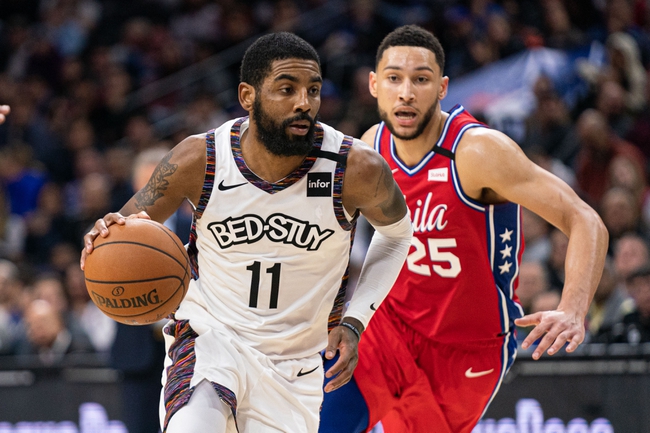 The Philadelphia 76ers travel to Brooklyn, NY on Monday for a game against the Nets in a matchup of teams from the Atlantic Division in the Eastern Conference.  In their last game, the 76ers were victorious against the New York Knicks by the score of 90-87.  Ben Simmons led the 76ers in points as he scored 21 on the night while shooting 9 of 15 from the field and 3 of 8 from the free throw line.  Simmons also led Philadelphia in assists on the night with 8 while playing a total of 40 minutes.  Tobias Harris led the 76ers in rebounds with 8 on the night, all coming defensively.

The Brooklyn Nets welcome the Philadelphia 76ers to town on Monday after losing their last game to the Milwaukee Bucks by the score of 117-97.  Kyrie Irving led the Nets in points in the game against the Bucks, scoring 17 while shooting 6 of 15 from the field and 3 of 3 from the free throw line.  Irving also led the Nets in assists as he recorded 6 while playing 31 minutes on the night.  Jarrett Allen was the Nets leading rebounder in the game as he recorded 10 boards, including 1 offensively.