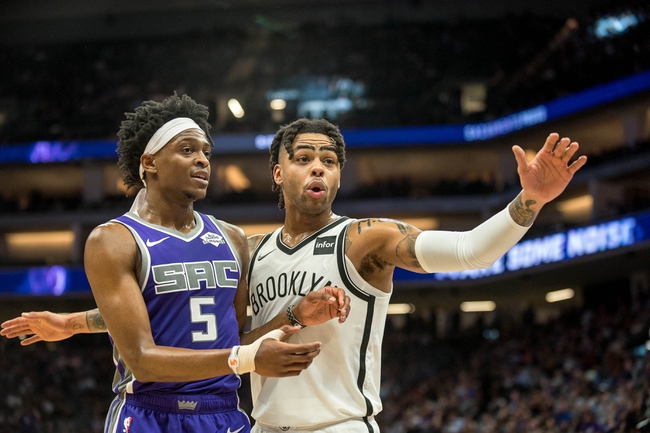 In the Nets win over the Hornets, Brooklyn was led by Jarrett Allen.  Allen snagged a double-double in the win, totaling 22 points and 17 rebounds, with 9 of those being offensive boards.  Spencer Dinwiddie added 20 points and 8 assists, while contributing 2 steals defensively.  The Nets shot 40% from the floor and 25% from deep.  Brooklyn dominated the glass, out rebounding Charlotte by 15, 65 to 50.  The Nets out scored the Hornets in the paint, 46 to 36.

Kings are 8-0 ATS in their last 8 games overall.

Nets are 16-7 ATS in their last 23 vs the Western Conference.

Nets are 1-5 ATS in their last 6 games following a SU win.

The underdog is 4-1 ATS in the last 4 meetings between the two.  The Kings have been above average on the season in covering the spread at 8-5.  The Kings have won 4 of their last 5, with their only loss being a 2 point loss to the Lakers.  However, the Kings have caught the injury bug.  Fox is out, Bagley is still out, and Bogdanovic is questionable for the game.  The Nets have won 2 of 3 and will be looking to keep it going against an injured Kings team.  Although, Kyrie Irving missed last game and is uncertain if he will play in this game.  With certain players questionable to play and others out, I'll take the under here.  Final score prediction, Kings win but the total goes under.