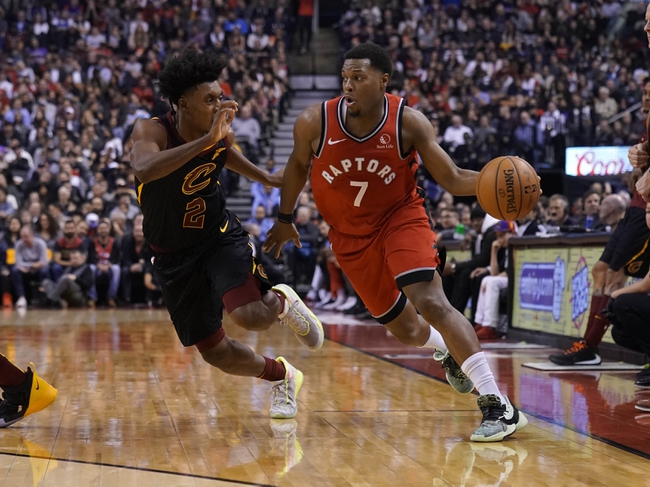 In the Raptors loss to the Heat, Toronto was led on offense by Serge Ibaka.  Ibaka collected a double-double in the loss, finishing with 19 points and 10 rebounds.  Toronto shot 32% from the floor and 14% from 3-point range.  Miami had the better defense in the game, as Toronto allowed Miami to shoot 41% from the floor.  Miami won the game from 3-point range, as the Raptors allowed the Heat to connect 12 times from deep. the Raptors made just 6 3-pointers on 42 attempts.

In the Nets loss to the Mavericks, Brooklyn was guided on offense by Spencer Dinwiddie.  Dinwiddie netted 19 points, 2 rebounds, and 5 assists.  The Nets shot 46% from the floor and 32% from distance.  Brooklyn had poor 3-point defense in the game, allowing Dallas to shoot 47% from 3-point range and connect 18 times.  Brooklyn out scored Dallas in the paint, 56 to 44.  The Nets had 29 assists to 11 turnovers.

Raptors are 8-4 ATS in their last 12 games against the Nets.

Raptors are 4-2 ATS in their last 6 games against the Atlantic division.

The short handed Raptors ran into problems in the loss to Miami.  Toronto is at a disadvantage right now with: Marc Gasol, Norman Powell, and Pascal Siakam out.  Matt Thomas has also landed on the injured list.  Toronto's roster looks completely different than it did at the start of the season.  The Raptors have won 9 of the last 10 games against the Nets.  The Nets are on a cold spell, having lost 4 in a row and 5 of 6.  Brooklyn looks to be the more healthy team in this matchup and with this being almost a "pick em", I'll side with the home team.  The Raptors have defended the 3 well, but I think Joe Harris is able to light it up from deep in this one, as the Raptors allowed the Heat to connect 12 times from deep.  Final score prediction, Nets will win, 107-104.