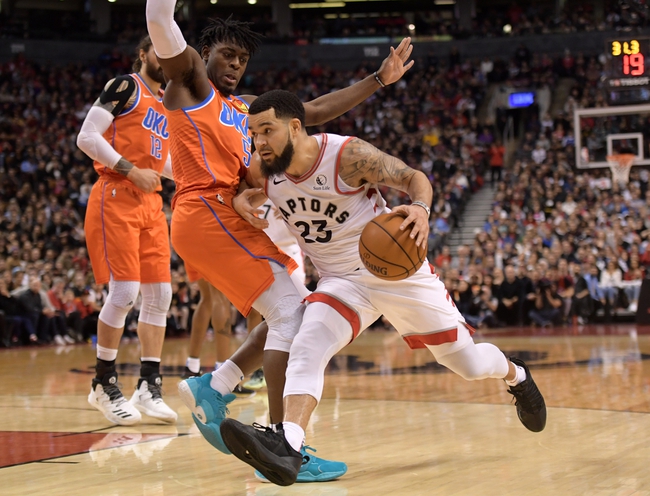 LINE: TOR -9.5 O/U OFF Click to Get Latest Betting Odds

The Toronto Raptors come into this matchup with a 22-11 record, and they will be looking to rebound after dropping their recent home game against the Oklahoma City Thunder, 98-97. Leading the way for the Toronto Raptors was SG Fred VanVleet as he recorded 20 points and 8 assists. Joining VanVleet in the backcourt was veteran PG Kyle Lowry who had a productive outing for the Raptors with 20 points and 5 assists.

The Toronto Raptors had a solid shooting game against the Oklahoma City Thunder as they connected on 35 of their 83 field goal attempts (42.2%), but they were slightly worse from behind the three-point line (37.5%). The Toronto Raptors were even with the Oklahoma City Thunder in the turnover battle (17-17), but they were edged out by the Thunder in the rebounding department (48-47).

The Cleveland Cavaliers are struggling under 1st-year coach Jim Beilein which could be in part to having a young roster, but they now lost their 3rd leading scorer in Jordan Clarkson as he was traded to the Utah Jazz which is a big hit. The Toronto Raptors are slumping as they have dropped 2 consecutive games, but this is still one of the better teams in the Eastern Conference, and their defense will cause problems for the Cavs. The Raptors currently rank 7th in the NBA in points allowed as they are holding their opponents to an average of 106.2 PPG, and the Cavaliers rank 27th in points scored. The Raptors are without their top player in Pascal Siakam, but Kyle Lowry and Fred VanVleet form one of the best duos in the NBA. The Raptors are at home where they bring a 13-5 record into this matchup, and they are the more talented team in this matchup. Take the Raptors to win this one big.