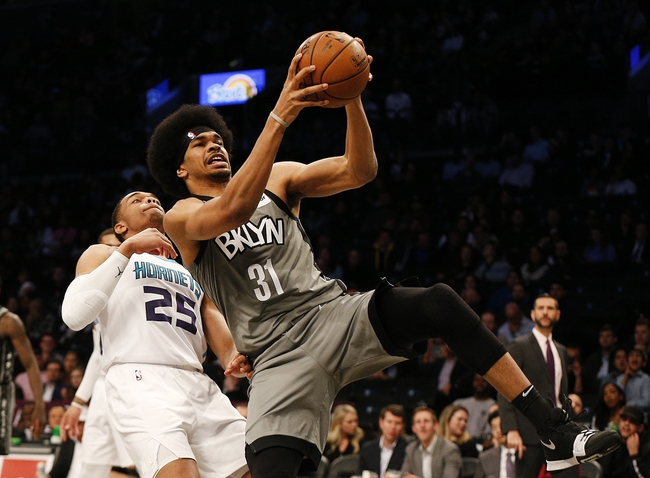 In the Nets win over the Hawks, Brooklyn was guided on offense by Garrett Temple.  Temple connected on 10 of 16 from the floor, registering 27 points.  The Nets shot 50% from the floor and 45% from 3-point range.  The offensive rebounds played a key factor in outcome of this game.  Brooklyn had 18 offensive rebounds, which led to the Nets taking 10 more shots then the Hawks.  Brooklyn led by as many as 17 points in the win.

The under is 4-2 in Nets last 6 games against the Southeast.

Hornets are 2-8 ATS in their last 10 games when at home against the Nets.

The over is 5-1 in Hornets last 6 games against the Eastern Conference.

The Nets have been playing well lately, even with their surplus of injuries.  The Nets started this stretch of great play, with a win over the Hornets on November 20th, winning 101-91.  If you take away the Hornets 2 wins against the Pistons, Charlotte is 1-7 in their last 8 games.  The Hornets have one of the worse scoring offense's in the league, averaging over 105 per game.  Brooklyn has been solid, averaging over 113 per game.  Charlotte has been shaky in 3-point defense, ranking 23rd.  Look for Joe Harris to have a big game for the Nets behind the arch.  Final prediction, Nets win on the road.