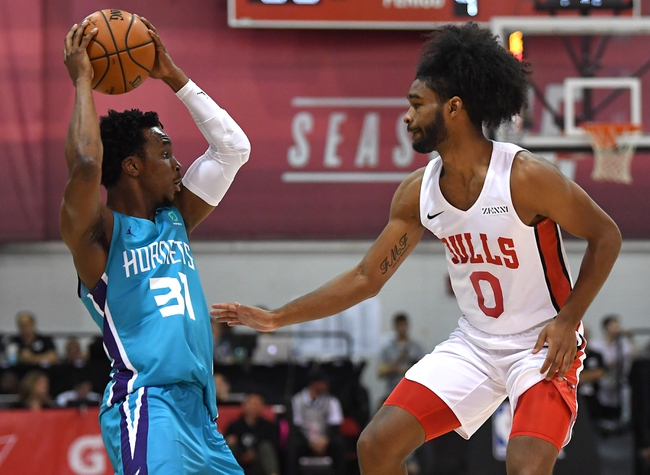 The Chicago Bulls open the season at the Charlotte Hornets. The Bulls finished last season with a 22-60 record.  Coach Jim Boylen is entering his second season with the Bulls.  The Hornets came close to finishing over 500 last year, they finished with a 39-43 record.  This will be James Borrego's second season as the coach for the Hornets.

The Hornets are projected to roll out Terry Rozier, Dwayne Bacon, Nicolas Batum, Miles Bridges, and Cody Zeller. The Hornets will have the likes of Malik Monk and Marvin Williams off the bench. Cody Zeller is the only projected starter that averaged double figures a game last year. Nicolas Batum is currently listed as day-to-day. It will be interesting to see how this Hornets team performs this year, especially with the departure of Kemba Walker.

The Bulls were 2-5 ATS as a favorite.

The over was 7-2-1 when the Hornets were a home underdog.

It's a new season and the Bulls are really trying to forget about last season.  When you look at these two teams, the Hornets are replacing Walker with Terry Rozier.  Nothing against Rozier but he isn't Kemba Walker.  Rozier is projected to start PG for the Hornets and he has been basically a back up in his career. Batum doesn't seem to be 100% at the moment and the Bulls projected starting lineup just looks a lot better then the Hornets.  Take the Bulls to cover this small road spread. Final score prediction, Bulls when and cover 103-96.