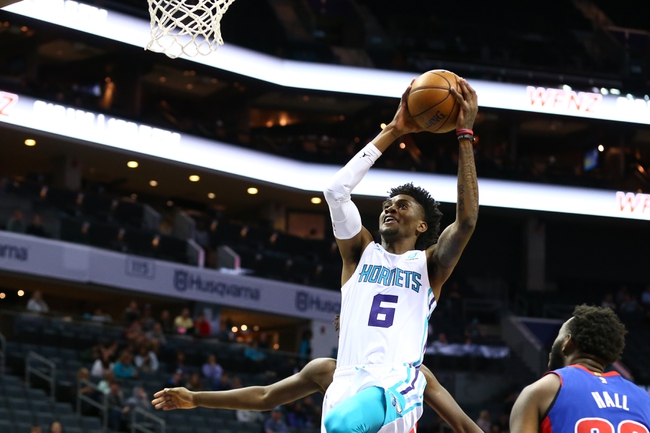 In the loss to the Heat, the pIstons were guided by Luke Kennard.  Kennard made 8 of his 18 shot attempts, totaling 22 points and also dishing out 5 assists.  Andre Drummond came 1 rebound shy of a double-double, finishing with 9 boards and 16 points.  Detroit struggled defensively in the game, allowing the Heat to shoot 53% from the floor.  The Pistons shot 43% from  the floor and 36% from deep.  The Pistons finished with an assist to turnover ratio of, 27 to 16.

Hornets are 1-4 ATS in their last 5 home games.

Both teams have struggled to start the year record wise, with the Hornets being a smidge better at cover the spread.  The Hornets have won 7 of their last 10 meetings, out scoring on an average of 105-100.  Both teams are on losing streaks of 3 games or more.  The Pistons due have an advantage with big man, Andre Drummond.  Drummond has been a beast this year.  The way it looks is that Cody Zeller will be given the opportunity to try and lock Drummond down.  Pistons have struggled on the road, but also welcome Blake Griffin back for consecutive games.  I like the Pistons because of their inside presence.  Final score prediction, Detroit will win and cover, 109-104.