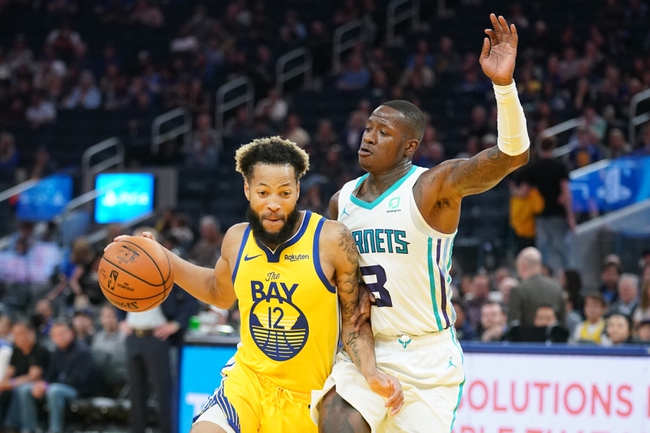 In the Hornets loss to the Suns, Charlotte was guided on offense by Marvin Williams.  Williams connected on 5 of his 8 attempts from the floor, making all 10 free throw attempts, registering 22 points.  The Hornets shot 44% from the floor and 27% from 3-point range.  Charlotte  faired well on the boards, out rebounding the Suns, 62 to 47.  The Hornets trailed by as many as 20 points in the game.

Warriors are 6-13-1 ATS in their last 20 vs the Eastern Conference.

Warriors are 1-8 ATS in their last 9 Wednesday games.

The under is 4-1 in Warriors last 5 overall.

Hornets are 2-5 ATS in their last 7 games playing on 1 days rest.

The Warriors were just blown out by the Hawks, a team who had essentially an identical record to them.  The Warriors now have the worse record in the league.  The injuries have been a big factor in this down fall.  Warriors have lost 6 of 7 and are on the road again in this matchup.  The Warriors are just 2-11 on the road.  I'm not big on the Hornets, but this game has more to do with the direction the Warriors are and have been heading.  Final score prediction, Hornets will win and cover, 112-103.