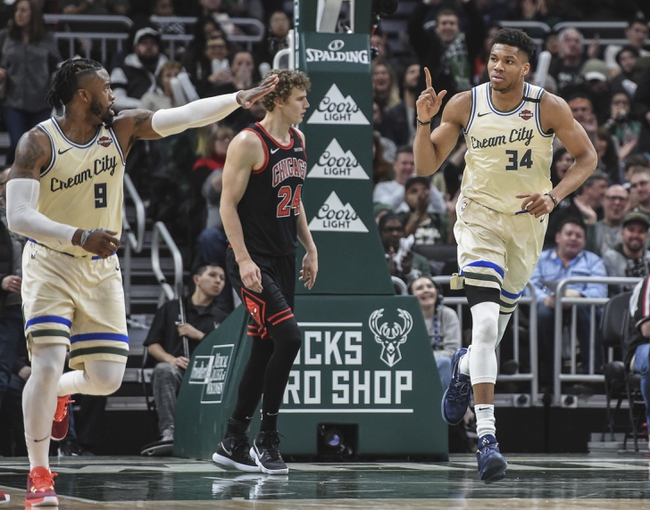 The Milwaukee Bucks travel to the AccorHotels Arena to take on the sputtering Charlotte Hornets. The Bucks have won their last seven games and nine of their last ten, the most recent a home win over the Chicago Bulls, winning 111-98 to improve their record on the season to 39-6 on the year. Charlotte has lost their last seven games, the most recent loss an embarrassing loss to the Orlando Magic, mustering only 83 points to drop their record on the season to 15-30.

The Bucks have been one of the best teams in the NBA this season and specifically their offense that comes in averaging 119.4 points per game. The Bucks are led by MVP favorite Giannis Antetokumpo who is averaging 30 points, 12.9 rebounds and 5.6 assists per game which leads the team in all three major categories. Giannis is shooting 55.4% from the field. Key contributor Khris Middleton averages 19.5 points per game while adding 5.7 rebounds and 3.9 assists.

The Milwaukee Bucks come in as one of the best bets in the NBA and bring in a 25-20 record ATS and have covered in four of their last six games. The Hornets come in with a 21-22-2 record ATS. Final score prediction, the Bucks lead the league in average score margin and roll through the Hornets winning the game with a 121-95 final score.