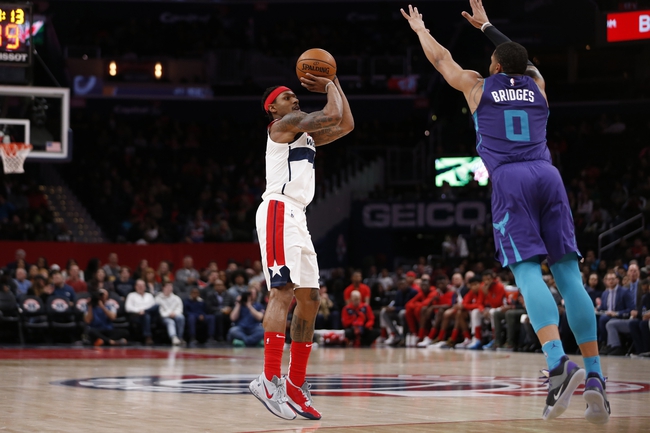 In the Hornets loss to the Hawks, Charlottes was led throughout the game by PJ Washington.  Washington converted on 3 of 6 from the floor, while sinking 12 of 13 from the foul line, totaling 20 points and 8 rebounds.  The Hornets shot 40% from the floor and 35% from 3-point range.  The difference in the game came from behind the arch.  The Hornets 3-point defense allowed the Hawks to make 7 more 3's.  Atlanta out scored Charlotte from deep, 54 to 33.  The Hornets led by 2 points at the half.

Wizards are 4-2 ATS in their last 6 games against the Charlotte.

The over is 4-1 in Wizards last 5 vs the Southeast division.

Hornets are 4-10 ATS in their last 14 games played in December.

The Wizards have lost 2 in a row and 5 of their last 6 games.  The Hornets have also lost 2 in a row, but only 4 of 5.  The Wizards have one of the better offense's in the league, averaging over 118 per game, which ranks 3rd.  The issue has been the defense for the Wizards, as Washington is giving up 122.5 per game, ranking 30th in the league.  The Hornets are giving up almost 113 per game when at home.  The Hornets have not been great offensively, but should be able to find some more space against Washington.  The Wizards will be find offensively, but Charlotte should be able to do enough on offense to push this total over.  Final score prediction, Washington will win and the total goes over, 121-117.