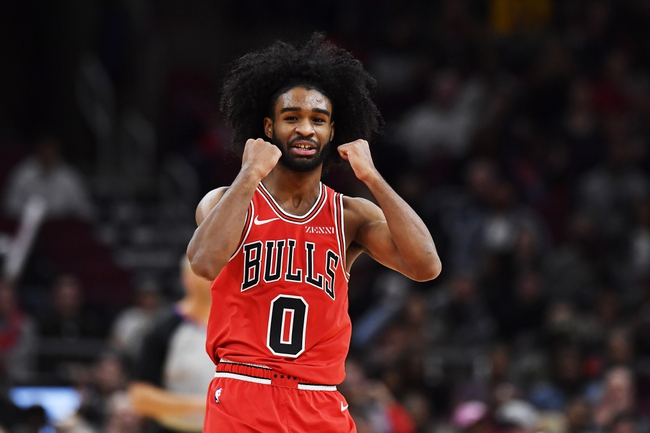 The Atlanta Hawks head to Chicago, Illinois on Saturday for a game against the Bulls, but first must face the Milwaukee Bucks at home on Friday night.  In their last game, Atlanta was defeated by the Cleveland Cavaliers by the score of 121-118.  Trae Young led the Hawks in points against the Cavaliers, scoring 30 points while shooting 9 of 21 from the field and 7 of 9 from the free throw line. Young also led the Hawks in assists with 11 while playing 36 minutes against the Cavaliers. John Collins led Atlanta in rebounds as he pulled in 10 on the night, including 1 offensively.

After the loss to Cleveland, Atlanta is now 6-25 on the season and is currently in 5th place in the Southeast Division.  Trae Young leads the Hawks in points per game on the year and is scoring 29 per game.  Young is also Atlanta’s leader in assists per game and is averaging 8.5.  Jabari Parker is leading Atlanta in rebounds per game on the season as he is averaging 6.1 rebounds per game.  Atlanta enters their game on Friday with 3 players listed on their injury report as Jabari Parker, Evan Turner and Alex Len are all listed as day to day.

The Chicago Bulls welcome the Atlanta Hawks to town after losing their last game against the Orlando Magic by the score of 103-95.  Zach LaVine led the Bulls in points on the night with 26 while shooting 8 of 26 from the field and 7 of 7 from the free throw line.  Wendell Carter Jr. led the Bulls in rebounds with 10, with 3 coming offensively. Kris Dunn led Chicago in assists on the night with 6 in the 32 minutes that he played against the Magic.

The Bulls enter Saturday’s game with a record of 12-20 and are currently sitting in 3rd place in the Central Division.  Zach LaVine has been the Bulls leading scorer on the year and is averaging 23.6 points per game.  Wendell Carter Jr. has been Chicago’s leading rebounder as he as averaged 9.8 rebounds per game.  Tomas Satoransky has led the Bulls in assists per game on the year and is averaging 5.3 assists per game.  The Bulls enter Saturday’s game with 4 players listed on their injury report as Max Strus, Chandler Hutchinson and Otto Porter Jr. are all listed as out while Lauri Markkanen is listed as day to day.