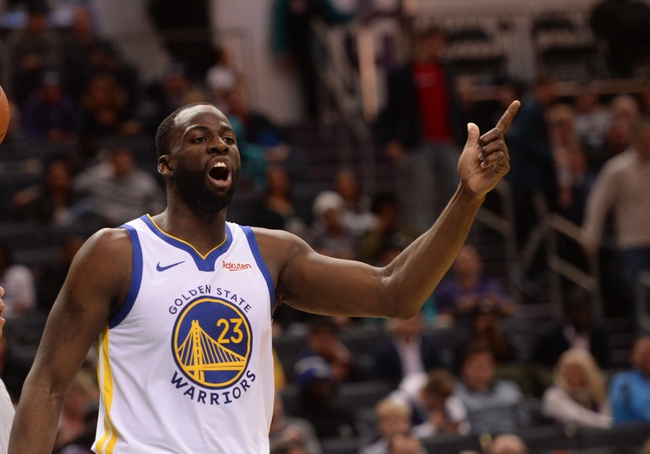 The team with the worst record in the NBA travels to the United Center in Chicago Friday night when the Golden State Warriors (4-19) travel to the Bulls (8-14). Golden State enters Friday’s game winning just one of its last eight and two of its last 16 games.

The Warriors have quickly made a transition from perennial NBA title contender to the worst team in the league. It’s been a complete mixed bag as well. While Golden State lost close games against Orlando, Oklahoma City, Utah, and Boston over the past several weeks, it has also lost by 25 to Atlanta, by 48 to Dallas, and by 26 to the Lakers in that same stretch. The one win in the last nine games has been to Chicago, however. In that 104-90 Warrior win, Zach LaVine went off for 36 points while Tomas Satornasky added 19 points and seven rebounds or the Bulls, while Eric Paschall led the Warriors with 25 points and seven rebounds while Alec Burks added 23 points, 10 rebounds, and seven assists.

The Warriors were not as fortunate on Wednesday when they lost 106-91 to Charlotte in D’Angelo Russell’s return from injury. He scored 18 points to lead Golden State in scoring whole Paschall scored 16 points with six rebounds and Burks came off the bench to score 15 points. But that wasn’t enough to slow down Charlotte and Devonte’ Graham, who hit 10 3-pointers on the way to 33 points.

The Bulls entered the game on their first winning streak of the season and will look to make it three in a row on Friday. Chicago started the modest streak with a 113-106 road win over Sacramento before a 106-99 victory over Memphis at United Center. The Bulls are 3-3 since LaVine has completely taken over as the first-choice scorer on the team, scoring 30.7 points per game in the stretch. He scored 28 in the win over Sacramento and added 25 in the Memphis win.

In addition to LaVine’s big night against Memphis, Wendell Carter Jr. scored scored 16 points with 13 rebounds and four blocked shots, Lauri Markkanen scored 15 points on 4-of-8 shooting from 3-point range, and Satornasky scored 13 with eight assists and six rebounds in the win. However, Jonas Valanciunas scored 32 points with 13 rebounds for a short-handed Memphis team in the loss.

The big night from Valanciunas highlights an issue that Chicago has struggled from, and that is a big night from its opposition. In the win over Sacramento, Buddy Hield scored 26 points despite hitting just 3-of-13 shots from 3-point range, and the Bulls gave up a double-double to Carmelo Anthony who is still working his way into game shape with 23 points and 11 rebounds in their 107-103 loss to Portland, and Damian Lillard added 28 points on another brutal 3-of-11 shooting night from long range. The Bulls’ inability to keep a big performance from happening is the one thing that is keeping them from winning more regularly. Could this be setting up Russell for a monster night?

The Bulls hold the 28th best offense out of 30 teams at home this season scoring just 104.6 points per game. The recent offensive outburst from LaVine has put Chicago over the top recently, but an off-night from LaVine could set up another team to wipe the Bulls out. Russell is fresh off of his injury and if Pascall put up 25 against Chicago last time out, how much will Russell score? The Bulls are just 5-6 against the spread at home and Golden State will score just enough to keep it interesting. It might be three in a row for the Bulls, but not by more than seven points. Take the Warriors in an ugly Friday night affair.