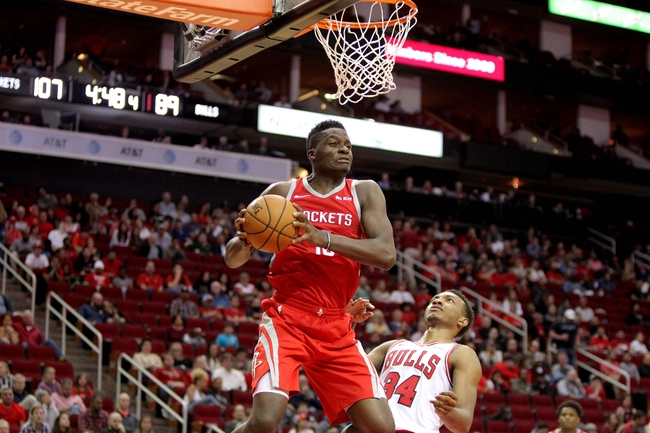 The Houston Rockets head to Chicago on Saturday for a match up with the Bulls in what should be a good game in the Windy City.  The Rockets come into the game after winning their last game against the Golden State Warriors by the sore of 129-112.  James Harden was money all night as he led the Rockets in points with 36 and assists with 13.  Houston big man Clint Capela was the leader for Houston in rebounds as he recorded 16 on the night, including 5 off of the offensive boards.

With the win in their last game, the Houston Rockets are now 5-3 and are currently in 2nd in the Southwest division.  James Harden is Houston’s leading scorer and is scoring 36.5 points per game and is always a threat to shoot, especially with the step back three. The addition of Russel Westbrook has worked so far this season and Westbrook is leading the Rockets in assists per game with 8. Center Clint Capela is also adding some big numbers to the Rockets stat line as Capela leads the Rockets in rebounds per game with 9.6 and field goal percentage at 61.2%.

The Bulls enter Tuesday’s game with a record of 3-6 and are currently sitting in 4th place in the Central Division.  Zach LaVine has been the Bulls leading scorer on the year and is averaging 20.4 points per game.  Wendell Carter Jr. has been Chicago’s leading rebounder as he as averaged 8.8 rebounds per game and is also the leader in field goal percentage, shooting 58.4 percent.  Satoransky has led the Bulls in assists per game on the year and is averaging 5.7 assists per game.  The Bulls enter Saturday’s game with just one player listed on their injury report as Otto Porter Jr. is listed as day to day.