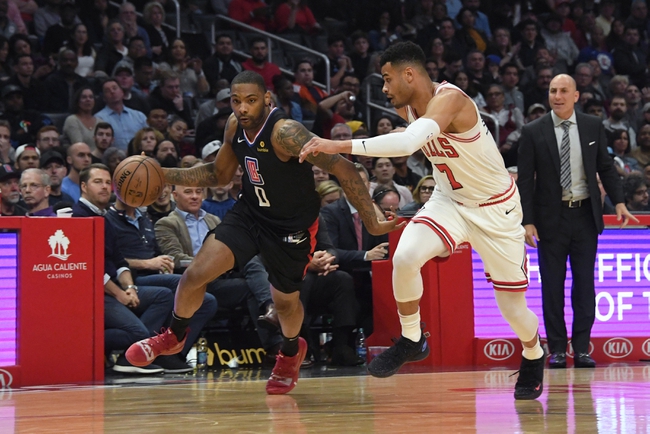 The Los Angeles Clippers go to Chicago, Illinois to take on the Chicago Bulls at the United Center on Saturday. The Los Angeles Clippers are on a three-game winning streak, most recently defeating the reigning NBA champions Toronto Raptors, as Kawhi Leonard got his championship ring from the Raptors and a standing ovation from the crowd. The Clippers have won four of their last five games. The only game that they suffered a loss in their previous five games was a dominating defeat to the Milwaukee Bucks.

The Los Angeles Clippers have been very good so far, maybe not as good as some expected as many thought they would have the number one record in the NBA, with Kawhi Leonard and Paul George. However, the Los Angeles Clippers are using George and Leonard on a load Management schedule so that they will be fresh for the playoffs. It won't be known whether it was smart to do so until the playoffs, but with how Toronto did last year, it does seem like it's smart to be resting Kawhi Leonard in certain games.

The Chicago Bulls come into this game after defeating a struggling Atlanta Hawks team and snapping Chicago's three-game losing streak.

The Bulls are 9-17 on the season and are in fourth place in the Central Division. The Chicago Bulls are still struggling as of late, with the team in a rebuilding season; they are just looking to see what they have with the likes of Zach LaVine, Coby White, and Wendell Carter Jr.

Under is 4-1 in Clippers' last five road games.

Under is 4-1 in Bulls last five games as a home underdog.

Although the Bulls are at home, and can actually have some great atmosphere with the faithful Bulls fans, I don't think that that does anything against the Los Angeles Clippers, who are one of the best teams in the NBA. The Clippers don't do as well away from home, but I think that they're still able to pull this one out against Chicago. Final score prediction, Los Angeles Clippers win 114 - 100.