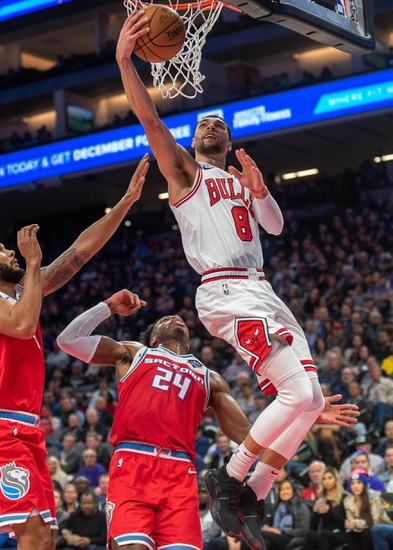 Two of the worst teams in the NBA will face off on Wednesday when the Chicago Bulls (7-14) welcome the Memphis Grizzlies (6-14) into the United Center. Only six teams in the entire NBA have worse records than these two, including the likes of New Orleans, Golden State, Washington, Cleveland, Atlanta, and the Knicks.

Memphis has been especially bad as of last since superstar rookie Ja Morant went out with back spasms. He is officially listed week-to-week and will not play again on Wednesday. Brandon Clarke will also be not play on Wednesday while Jonas Valanciunas is questionable due to illness and Kyle Anderson is questionable with right heel soreness. These injuries and illnesses have led the Grizzlies to a 1-7 record over their last eight games with six of those eight games coming in home games, including a 117-104 loss to Indiana in their most recent game. The lone win in that stretch was a 115-107 victory at Minnesota on Sunday.

Jaren Jackson Jr. led the Grizzlies against Indiana on Monday with a season-high 31 points, while Solomon Hill added a season-best 22 points with six rebounds, while Dillon Brooks added 19 with seven rebounds before fouling out. De’Anthony Melton came off the bench to score 16 points with nine rebounds and four assists in the loss.

The Bulls come in on slightly better form, winning two of their last five games. Both wins came on the road with a 116-115 win at Charlotte on Nov. 23 and a 113-106 victory at Sacramento in their last game on Monday. A return home now give Chicago hopes of a win streak for the first time this season even though the Bulls are just 3-7 at home this season.

In the win against the Kings, Zach LaVine led all scorers with 28 points on 5-of-7 shooting from the 3-point line while going 9-for-11 from the charity stripe. Lauri Markkanen scored 20 points with seven rebounds while hitting half of his eight 3-pointers, and Tomas Satoransky added 14 points and five assists in the win. Coby White added 11 points off the bench and Wendell Carter Jr. ended with a double-double with 10 points and 10 rebounds.

This game seems fairly even heads up. Both teams ranks in the bottom half of the NBA in offensive and defensive scoring, but have sub-.500 records against the spread, and both team hit the over and under the total about half of the time. But Morant is going to be the key. It’s impossible to pick a struggling Memphis team against anyone without Morant and giving up six points. The Grizzlies may win, but they won’t win by more than six without Morant and potentially without so much more. Take Chicago plus the points.