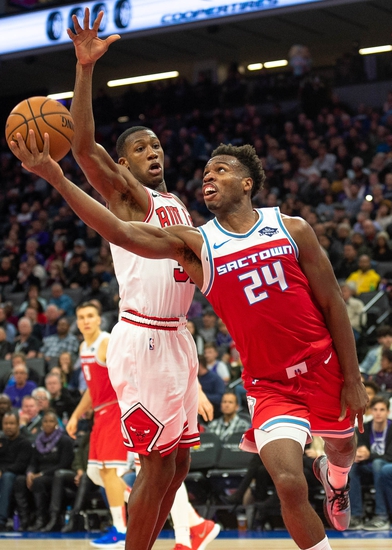 In the Kings loss to the Pistons, Sacramento was guided on offense by De'Aaron Fox.  Fox was 8 of 17 from the floor, hitting 5 foul shots, totaling 22 points.  The Kings shot 43% from the floor and 29% from 3-point range.  Sacramento lost the game from the foul line, as the Kings were out scored 37 to 12.  The Kings led after the 1st quarter, 27 to 26, but it was Detroit the rest of the game.

In the Bulls win over the Timberwolves, Chicago was led offensively by Zach LaVine.  LaVine converted on 8 of 18 attempts from the floor, sinking 6 free throws, finishing with 25 points.  The Bulls shot 47% from the floor and 30% from deep.  Chicago struggled defending the 3, allowing Minnesota to convert 15 times from distance.  The Bulls out scored the Timberwolves from the charity stripe, 30 to 13.

Bulls are 1-5 ATS in their last 6 Friday games.

The Kings have lost their last 6 games, while the Bulls have split their last 6 games.  The Kings have struggled on the road, posting a 7-16 record.  Neither team has been lighting it up from the floor, as each team ranks 24th and 25th in offensive production.  Defensively, the Bulls have the edge.  Both teams trends would project a loss in this spot, so with both teams struggling to score, I'll take the under.  Final score prediction, Bulls win and the total goes under, 109-106.