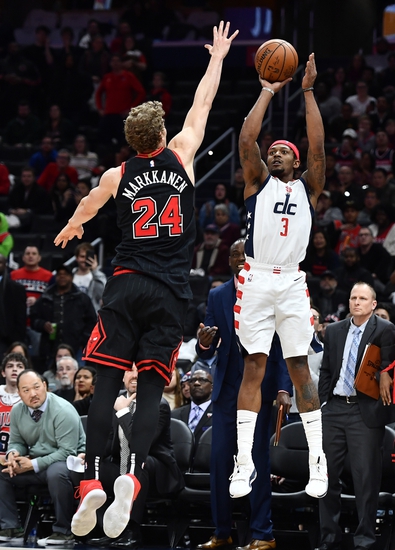 The Washington Wizards travel to the United Center to take on the Chicago Bulls in an Eastern Conference matchup. The Wizards have won four of their last 10 games but come in off a loss at home to the Utah Jazz, dropping the game 128-116 to fall to 13-26 on the season. The Bulls are struggling as of late with a 2-8 record in their last ten games and most recently fell 113-101 to the Boston Celtics to drop their record to 14-27.

The Wizards boast a top 5 offense in the NBA averaging 114.8 points per game while shooting a solid 45.9% from the field. Leading the Wizards is electrifying guard Bradley Beal who averages 27.7 points per game and adding 6.5 assists per game both of which lead the team. Beal has been forced to take more shots and it shows with his shooting percentages as he shoots just 43.6% from the field and 30.6% from beyond the arc. Center Thomas Bryant leads the team in rebounds with 8.2 per game while adding 13.6 points.

The high-powered Wizard offenses combined with a poor defense have pushed their totals to go over more often than not with a 22-16-1 record ATS. The Bulls come in with a 20-21 record on getting their total over but will be able to find success in exploiting the weak Wizards defense. Final score prediction, the game goes back and forth with the Bulls pulling out the win but the total goes OVER with a high scoring 122-115 final score.