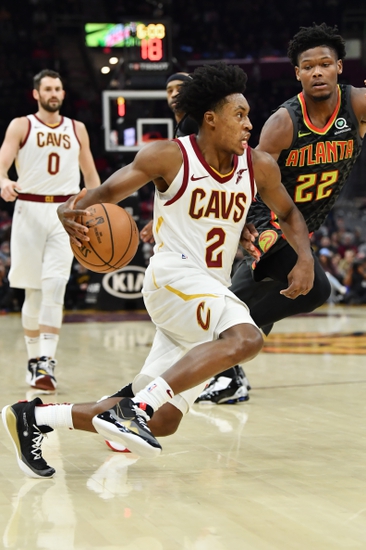 In the Hawks loss to the Magic, Atlanta was led on offense by Trae Young.  Young collected 29 points, 1 rebound, and 9 assists.  The Hawks connected on 53% from the floor and 43% from distance.  Atlanta gave up 14 offensive rebounds and committed 12 turnovers, which helped lead the Magic to attempting 7 more shots from the floor.  The Hawks were out rebounded, 45 to 31.

In the Cavaliers loss to the Clippers, Cleveland was guided throughout the game by Andre Drummond.  Drummond registered a double-double, finishing with 19 points, 14 rebounds, and 3 assists.  The Cavaliers converted on 37% from the floor and 21% from deep.  The Clippers out rebounded Cleveland, 52 to 45.  The Cavaliers committed 16 turnovers in the loss.

Hawks are 1-4 ATS in their last 5 games against Cleveland.

Cavaliers are 0-12 SU in their last 12 games against Atlanta.

The Hawks have split their last 4 games, while the Cavaliers have lost their last 6 games.  Atlanta and Cleveland are almost equivalent record wise in this road/home split.  Hawks are 6-23 on the road, while the Cavaliers are 6-22 at home.  The over has been very profitable for both teams, as each team has been less than stellar on defense.  The Hawks have the 29th ranked scoring defense, while the Cavaliers have the 26th ranked scoring defense.  Trae Young should be able to fins space against a Cleveland defense that ranks 28th in 3-point defense.  Kevin Love and Drummond should be able to find space around the rim, against a Hawks team that ranks 27th in field goal percent defense.  Final score prediction, Hawks win and the total goes over, 119-114.