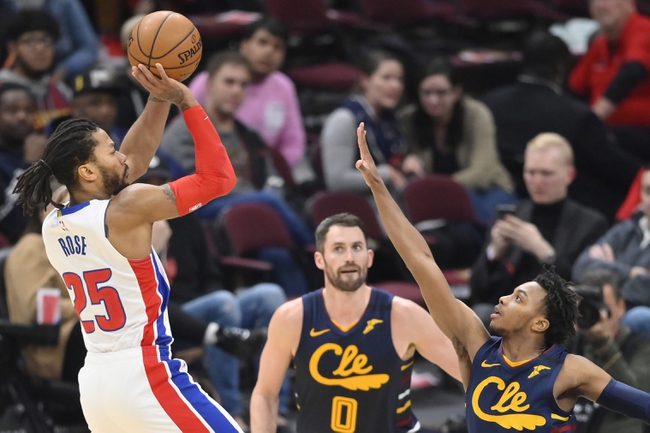 The Cleveland Cavaliers are on the road for a matchup with the Detroit Pistons.  The Cavaliers are (10-27), after falling to the Pistons, 115-113.  The Pistons are (14-24), coming off the win against the Pistons.

The Pistons were guided offensively by Derek Rose.  Rose converted on 9 of 21 attempts, while sinking 4 foul shots, recording 24 points and 7 assists.  The Pistons shot 46% from the floor and 39% from 3-point range.  Detroit won the game from the foul line, out scoring Cleveland, 18 to 15.  The Pistons trailed essentially the whole game.

Cavaliers are 1-4 ATS in their last 5 games.

Cavaliers are 2-10 SU in their last 12 games against Detroit.

Pistons are 3-7 ATS in their last 10 games this season.

The Cavaliers have lost 5 games in a row and are going in the wrong direction.  The Pistons after losing 3 in a row, have won 2 of 3 since.  The Cavaliers are 4-13 on the road, while the Pistons are 8-10 at home.  Cleveland is giving up an average of over 114 points per game on the road, while the Pistons are averaging nearly 112 when playing at home.  The Pistons overcame a 15 point deficit in the last game against Cleveland.  I'll take the injured riddled Pistons to win at home, but Cleveland covers, 112-107.