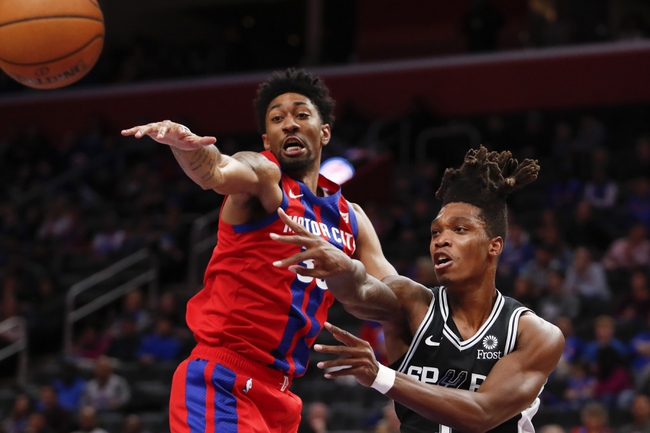 The Detroit Pistons take on the Cleveland Cavaliers in Cleveland, Ohio at the Rocket Mortgage Fieldhouse on Tuesday. The Detroit Pistons have not had the season that they wanted so far, however, they are coming off an impressive win over the San Antonio Spurs. Christian Wood was unleashed for Detroit and posted his career-high in points with 28 in the Pistons 132-98 dominating win.

The Pistons are 7-13 on the season and still have yet to go on a winning streak this season, the Pistons are proven to be unable so far to get two wins in a row, The Pistons biggest contributor this season has been Center, Andre Drummond who leads the league in rebounding with 17 rebounds per game.

Cleveland Cavaliers have had a pretty much expected season so far, losing their last three games. The Cavs are coming off a 119 to 110 loss to the Milwaukee Bucks that saw Giannis Antetokounmpo yet again dominated, scoring 33 points and getting 12 rebounds in the victory.

The Cavs are 5-14 on the season. Cavs are in a rebuilding season, trying to see what they have in guards Collin Sexton and Darius Garland as well as forward Kevin Porter Jr. The Cavs are last in the Central Division, two places lower than Detroit and 13th in the Eastern Conference.

This game will likely be a close one as both teams are very similar and have had disappointing seasons, but I think with the Pistons win over the Spurs, something may have been woken up in this team. I think this game will go down to the wire, but the Pistons come out with a win and finally get on a winning streak. Final Score Prediction, Detroit Pistons win 112-108.