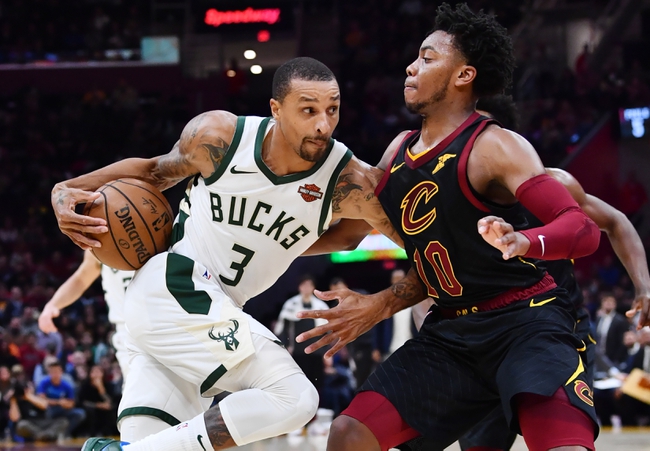 The Cleveland Cavaliers go to the Fiserv Forum in Milwaukee, Wisconsin to take on the Milwaukee Bucks on Saturday. The Cleveland Cavaliers are coming off of a 117 - 109 victory over the San Antonio Spurs that saw the game go into overtime. The Cavs were able to outplay the Spurs in overtime after Kevin Love brought them to a tie game with a clutch three with just seconds left. The win snapped a season-high eight-game losing streak that the Cavs were on.

The Cleveland Cavaliers are 6-19 on the season and one of the NBA's worst teams in the league. The Cavaliers have had a disappointing season so far due to number five overall pick, Darius Garland not working out as they would have expected so far. It was reported this week that the Cavs also have started taking calls to move superstar Kevin Love to another team in hopes for picks in the future.

The Milwaukee Bucks are on an incredible 16 game winning streak. The winning streak is largely due to Giannis Antetokounmpo, their star player who is the front-runner for the MVP at the moment.

The Bucks have a record of 22-3, which is tied for the best record in the NBA with the Los Angeles Lakers. As long as the Bucks and Antetokounmpo are able to keep up their impressive run, there's nobody in the NBA that they cannot beat.

Milwaukee is 13-12 ATS this season

This is a matchup of one very poor team at the moment, versus arguably the best team in basketball. Not only are the Milwaukee Bucks arguably the best team in basketball, but they have also arguably the best player and most dominant player in the NBA, in Giannis Antetokounmpo. It's very difficult to find any way the Cleveland Cavaliers are able to limit Antetokounmpo in a way that would secure them a victory. I think it's obviously the smart call to pick the Bucks and to pick the Bucks to have a blowout victory. Final Score Prediction, Milwaukee Bucks win 123 - 92.