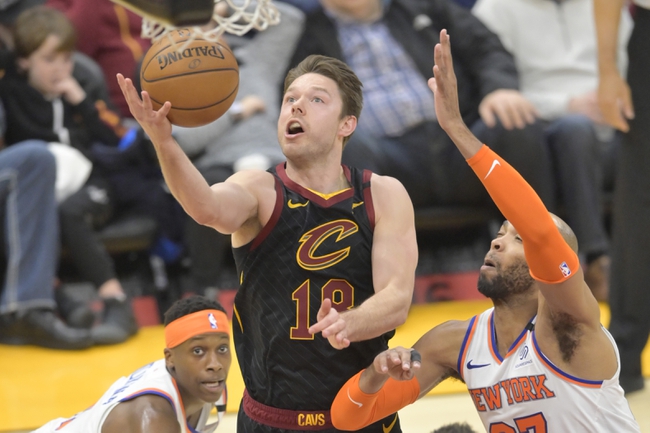 In the Knicks win over the Pacers, New York was led throughout the game by Julius Randle.  Randle secured a double-double, totaling 16 points and 18 rebounds.  The Knicks shot 42% from the floor and 27% from 3-point range.  New York out scored the Pacers, 17 to 13.  The Knicks dominated the boards, out rebounding the Pacers, 57 to 34.  The Knicks saw their largest lead at 17 points.

In the Cavaliers loss to the Warriors, Cleveland was guided offensively by Collin Sexton.  Sexton registered 23 points, 2 rebounds, and 4 assists.  The Cavaliers hit 43% from the floor and 36% from 3-point range.  Cleveland allowed a bad road team to come in and connect 18 times from distance for 51%.  The Cavaliers had 26 assists on 41 made baskets.

Knicks are 5-10 ATS in their last 15 games against Cleveland.

Cavaliers are 2-5 ATS in their last 7 games.

The Knicks have struggled on the road, while the Cavaliers have struggled at home.  The Knicks have the 28th worse scoring offense, while the Cavaliers have the 27th worse scoring offense.  Both defense's are two of the worse in 3-point defense.  Look for each team to find some space around the perimeter, which will help each team score over their season average.  Final score prediction, Cavaliers will in and the total goes over, 114-109.