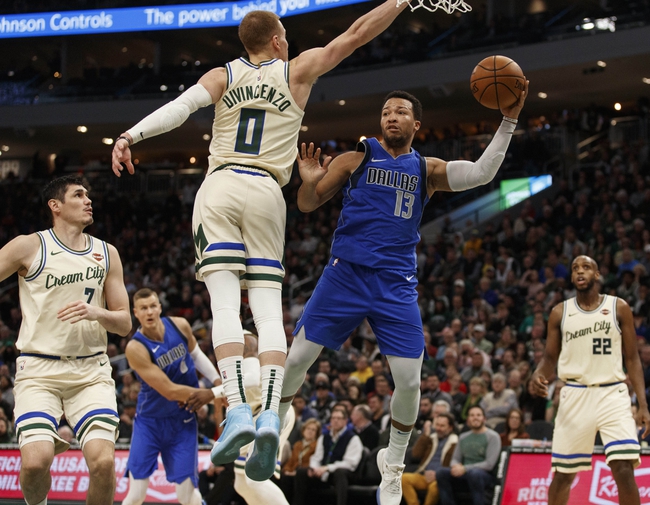 In the Celtics loss to the 76ers, Boston was led on offense by Kemba Walker.  Walker hit on 8 of 21 attempts from the floor, while making 8 of 10 from the foul line, totaling 29 points and 8 assists.  The Celtics shot 46% from the floor and 35% from 3-point range.  The 76ers out worked the Celtics on the boards, out rebounding them, 56 to 41.  The Celtics did a nice job securing the ball, committing just 6 turnovers.  Boston forced 12 turnovers, but could not convert off those turnovers.

In the Mavericks won over the Bucks, Dallas was guided offensively by Kristaps Porzingis.  Porzingis notched a double-double in the game, finishing with 26 points and 12 rebounds.  Dallas shot 46% from the floor and 39% from 3-point range.  The Mavericks won the game from deep, making 16 3-point shots, while the Bucks made just 11.  Milwaukee was able to hang around with Dallas, thanks to out scoring the Mavericks 58 to 36 inside the paint.  Dallas led by as many as 16 points.

Celtics are 5-2 ATS in their last 7 games against Dallas.

The under is 7-0 in Celtics last 7 games against the Western Conference.

Mavericks are 6-3 ATS in their last 9 games at home.

The over is 4-1 in Mavericks last 5 games against the Eastern Conference.