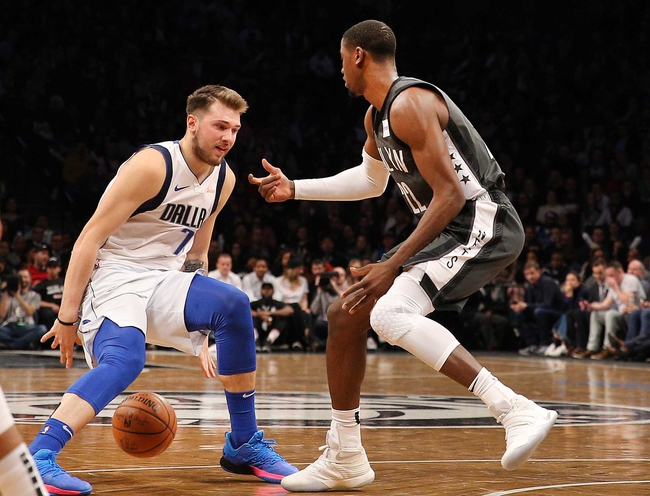 The Brooklyn Nets head to Dallas, TX on Thursday for a game against the Mavericks after losing their last game by the score of 122-115 in overtime against the Minnesota Timberwolves.  Spencer Dinwiddie led the Nets in points in the game against the Timberwolves, scoring 36 while shooting 12 of 31 from the field and 9 of 13 from the free throw line.  Dinwiddie also led the Nets in assists as he recorded 8 while playing 40 minutes on the night.  Taurean Prince was the Nets leading rebounder in the game as he recorded 14 boards including 2 offensively.

The Dallas Mavericks welcome the Brooklyn Nets to town on Thursday after losing their last game to the Oklahoma City Thunder by the score of 106-101.  Luka Doncic led the Mavs in points in the game as he scored a total of 35 while shooting 12 of 29 from the field and 8 of 12 from the free throw line.  Doncic also led Dallas in assists in the game with 7 while playing a total of 40 minutes.  Maxi Kleber led the Mavericks in rebounds on the night with 14, with 6 coming offensively.

The Brooklyn Nets have scored 110.6 points per game this season while allowing an average of 111.4 points per game.  The Dallas Mavericks have scored 116.3 points per game on the year while allowing 108.8 points per game.  In their last 5 games, the Nets are 1-4 and have lost 3 games in a row while the Mavericks are 2-3 and have lost 2 games in a row.  The total has gone under in 4 of Dallas’ last 5 games.  The Mavericks have been the better of these two teams this season by far, so it’s easy to go with them in this one.  The Nets have won 2 of the last 3 meetings with the Mavericks, but I see this trend turning around in this game as the Mavs are much more talented than they have been in the past.  Dallas wins 110-98 and covers the spread.