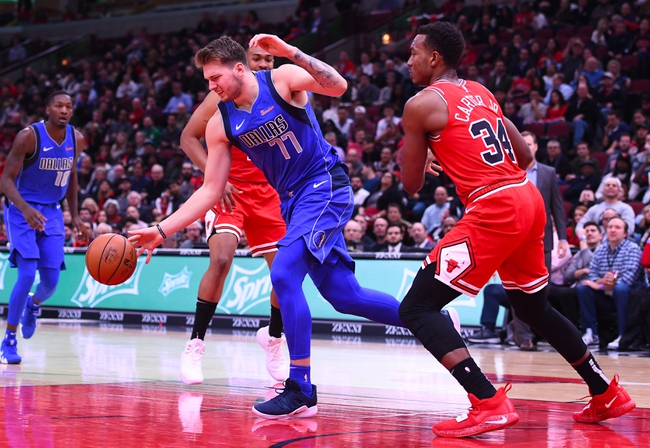 The Chicago Bulls head to Dallas, TX on Monday for a game against the Mavericks in a matchup of teams from the Eastern and Western Conference.  In their last game, the Bulls were defeated by the Boston Celtics by the score of 111-104.  Zach LaVine led the Bulls in points on the night with 35 while shooting 11 of 21 from the field and 8 of 14 from the free throw line.  Wendell Carter Jr. led the Bulls in rebounds with 14, with 4 coming offensively. Kris Dunn led Chicago in assists on the night with 7 in the 40 minutes that he played against the Celtics.

The Bulls enter Monday’s game with a record of 13-23 and are currently sitting in 3rd place in the Central Division.  Zach LaVine has been the Bulls leading scorer on the year and is averaging 23.8 points per game.  Wendell Carter Jr. has been Chicago’s leading rebounder as he as averaged 10 rebounds per game.  Tomas Satoransky has led the Bulls in assists per game on the year and is averaging 5.3 assists per game.  The Bulls enter Monday’s game with 3 players listed on their injury report as Chandler Hutchinson is listed as out while Ryan Arcidiacono and Lauri Markkanen are listed as day to day.

The Dallas Mavericks welcome the Chicago Bulls to town on Monday after losing their last game to the Charlotte Hornets by the score of 123-120 in overtime.  Luka Doncic led the Mavs in points in the game as he scored a total of 39 while shooting 14 of 32 from the field and 6 of 6 from the free throw line.  Doncic also led Dallas in assists in the game with 10 while playing a total of 43 minutes.  Doncic also led the Mavericks in rebounds on the night with 12, with 2 coming offensively.

With the loss against the Hornets, the Mavericks are now 22-13 on the season and are in 2nd place in the Southwest Division.   Luka Doncic has been a force for the Mavericks all season and currently leads Dallas in points per game with 29.4, assists per game with 8.9 and rebounds per game with 9.7.  The Dallas Mavericks enter Monday’s game with 4 players listed on their injury report as Tim Hardaway Jr., Kristaps Porzingis, Ryan Broekhoff and Isaiah Roby are all listed as out.