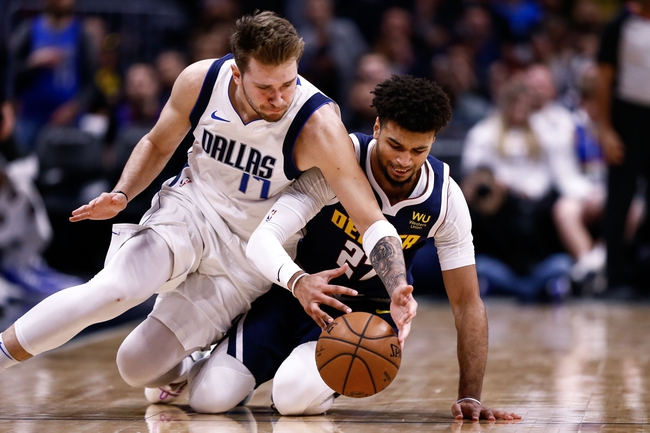 In the Nuggets win over the Hawks, Denver was led on offense by Nikola Jokic.  Jokic was 16 of 25 from the floor, hitting 11 foul shots, finishing with 47 points.  The Nuggets shot 51% from the floor and 33% from distance.  Denver out rebounded Atlanta, 41 to 34.  The Nuggets out scored the Hawks, 58 to 34 inside the paint.  Denver trailed by 2 at the end of the 1st quarter.

In the Mavericks win over the Bulls, Dallas was guided offensively by Luka Doncic.  Doncic converted on 14 of 24 attempts, knocking down 5 foul shots, registering 38 points.  Doncic also recorded 11 rebounds and 10 assists, good enough for a triple-double.  The Mavericks shot 52% from the floor and 39% from distance.  The Mavericks out rebounded Chicago, 50 to 49.  The Mavericks were able to snag the home win, due to their ability to knock down the 3.  Dallas connected on 16 3-pointers, while Chicago made 9.

Nuggets are 2-6 ATS in their last 8 games against Dallas.

Mavericks are 3-7 SU in their last 10 games against the Northwest Division.

The Nuggets are 10-7 at home, while the Mavericks are 11-8 at home.  The Mavericks have a potent offense that is averaging nearly 117 per game.  However, the Nuggets are solid defensively, holding opponents to 105 per game.  The Nuggets also have the best 3-point defense.  The Mavericks defense is in the middle of the pact, while the Nuggets are 19th in scoring offense.  Denver has won 7 of the last 10 matchups against Dallas.  Both teams have split their last 4 games overall.  This should be a great game, but I'll side with Dallas since they are at home.  Final score prediction, Dallas will win and cover, 108-105.