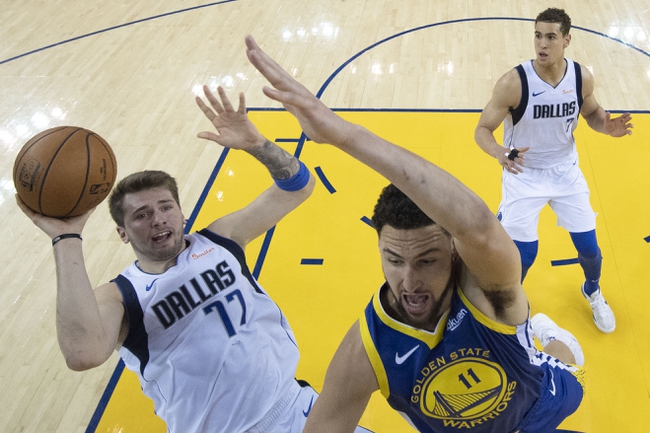 The Golden State Warriors head to Dallas for a game against the Mavericks on Wednesday, but first must make a stop in Memphis to play the Grizzlies on Tuesday night.  In their last game, Golden State took yet another loss, this time to the New Orleans Pelicans by the score of 108-100.  Eric Paschall led Golden State in scoring on the night as he totaled 30 points while shooting 10 of 17 from the field and 8 of 10 from the free throw line.  Paschall also led the Warriors in rebounds on the night totaling 7, including 3 offensively in the game.  Alec Burks led the Warriors in assists on the night as he recorded 5 in the 30 minutes that he played.

As of Tuesday afternoon, Golden State is 2-12 and have a record of 1-6 on the road.  The Warriors are currently in 5th place in the Pacific Division.  D’Angelo Russell leads the Warriors in points per game on the year with 24.3 and in assists per game with 6.7.  Golden State’s most productive rebounder has been Willie Cauley-Stein who has averaged 6.1 rebounds per game.  The Warriors come into Wednesday’s game pretty banged up as they will be without Stephen Curry for quite some time as well as Kevon Looney, Jacob Evans, Alen Smailagic and D’Angelo Russell who are all listed as out.

The Dallas Mavericks welcome the Golden State Warriors to town after winning their last game 117-110 against the San Antonio Spurs.  Last year’s Rookie of the Year award winner Luka Doncic led Dallas in points with 42 while shooting 14 of 27 from the field and 9 of 13 from the free throw line.  Doncic also led the Mavericks in assists on the night, recording 12 with the 35 minutes that he played in the game.  Doncic also led Dallas in rebounds on the night as he pulled in 11 boards, including 2 offensively.

The Mavericks are now 8-5 on the season which currently puts them in 2nd place in the Southwest Division.  Luka Doncic has been a force for the Mavericks all season and currently leads Dallas in points per game with 29.5, assists per game with 9.3, field goal percentage at 47.7 and rebounds per game with 10.7.  The Dallas Mavericks enter Wednesday’s game with a clean bill of health as they do not have anyone listed on their injury report.