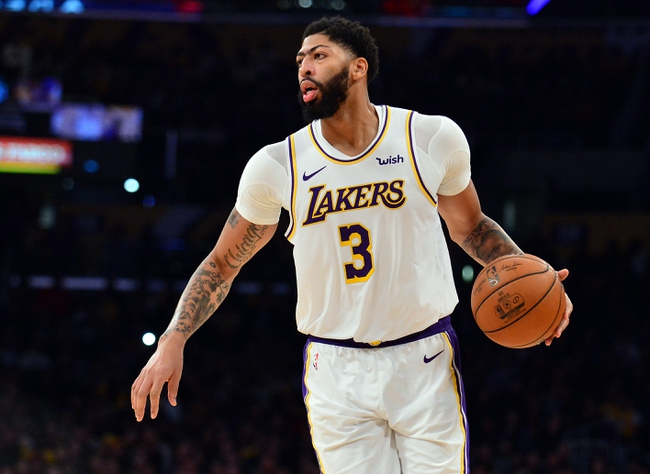 The Los Angeles Lakers head to Dallas, TX on Friday for a Western Conference matchup with Mavericks.  In their last game, the Lakers defeated the New York Knicks by the score of 117-87.  LeBron James led the Lakers in points with 31 as he went 9 for 19 from the field and 7 of 7 from the free throw line.  Rajon Rondo led the Lakers in assists with 10 on the night while playing 23 minutes in the game.  Dwight Howard led Los Angeles in rebounds with 13 in the game, with 2 coming offensively.

After the win against the Knicks, the Lakers are now 30-7 and are currently in 1st place in the Pacific Division.  Anthony Davis leads the Lakers in points per game with 27.1 and has played well alongside his new teammates all season.  Davis also leads the Lakers in rebounds as he is averaging 9.4 per game.  LeBron James may have taken a back seat to Davis in terms of points per game, but he is still leading Los Angeles in assists per game with 10.8.  The Lakers enter Friday’s game against the Mavericks with 3 players listed on their injury report as Anthony Davis, Avery Bradley and LeBron James are all listed as day to day.

The Dallas Mavericks welcome the Los Angeles Lakers to town on Friday after losing their last game to the Denver Nuggets by the score of 107-106.  Luka Doncic led the Mavs in points in the game as he scored a total of 27 while shooting 11 of 24 from the field and 4 of 6 from the free throw line.  Doncic also led Dallas in assists in the game with 10 while playing a total of 37 minutes.  Doncic also led the Mavericks in rebounds on the night with 9, with 2 coming offensively.