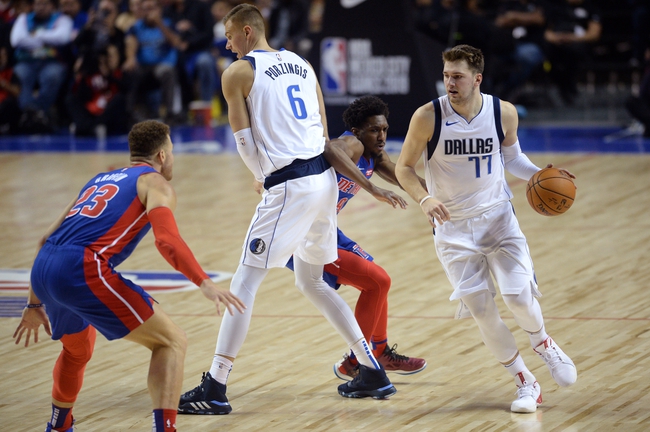 The Miami Heat travel to the American Airlines Center to take on the Dallas Mavericks. The Miami Heat have won back to back games in overtime, beating the Atlanta Hawks 135-121 and the Chicago Bulls 110-105 to improve their record to 18-7 on the year. The Mavericks beat the Detroit Pistons 122-111 to improve to 17-7 on the season.

The Mavericks average 118.1 points per game and are led by the hottest player in the NBA, Luka Doncic. Doncic averages 30.4 points, 10 rebounds and 9.3 assists. Luka Doncic has dominated to start the season and will look to continue to take the NBA by storm and build on his MVP resume. The Mavericks also have young superstar Kristaps Porzingis who averages 16.6 points per games and adds 8.7 rebounds.

Both teams have started well ATS with the Heat posting a 15-8-2 record ATS and the Mavericks positing a 15-9 ATS record this season. The Heat despite playing solid defense, have had their total go over in four of the last six games and the Mavericks have a 15-9 record on hitting going over the total this season. The total of this game will go over. Final Score Prediction, Dallas Mavericks 120 Miami Heat 113.