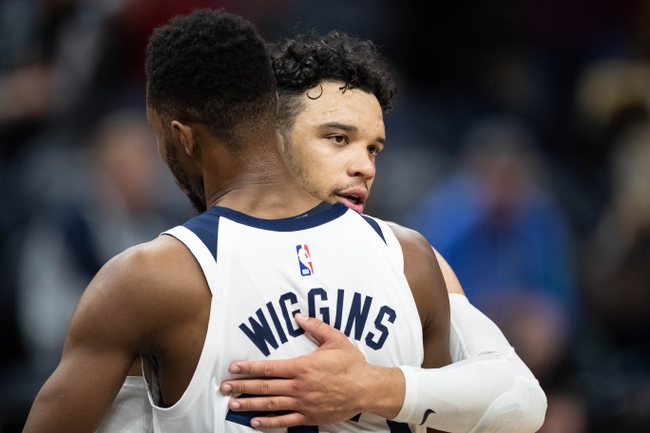 The Minnesota Timberwolves go to Dallas, Texas take on the Dallas Mavericks on Wednesday at the Americans Airline Center. The Timberwolves are coming off of a 115-107 upset loss to the Memphis Grizzlies. The Grizzlies’ Dillion Brooks sparked the teams win with 26 points in the upset. The Timberwolves have now lost three of their last five games.

The Timberwolves are currently 10-9 and are Minnesota Timberwolves have been one of the surprise themes of the NBA this season. Not only have they been getting an insane amount of production from Karl Anthony-Towns, who may be an MVP candidate at the moment. Towns is averaging 25.9 points per game and 12.5 rebounds per game. They’ve also gotten production out of the likes of Andrew Wiggins and Robert Covington.

The Dallas Mavericks are coming off of a victory over the Los Angeles Lakers. The Mavericks beat the Lakers due to Luka Doncic’s near triple-double of 27 points, 9 rebounds, and 10 assists. The Lakers have the best recording in all of basketball, so this win was huge for Dallas.

The Mavericks have been a huge surprise team in the NBA. Luka Doncic’s progress has skyrocketed and has turned him into one of the favorites for the MVP with a stat line of 30.6 points per game, 9.9 rebounds per game, and 9.6 assists per game. The Mavericks now have a record of 13-6 and sit atop the Southwest standings.

Both teams have been positives this season. Not many thought that Towns was going to take this level of a step up in his production, as well as Wiggins putting together so many good performances, while Doncic’s progression has gone from rookie of the year to MVP in just a few short months. Final Score Prediction, The Minnesota Timberwolves win 60-75.