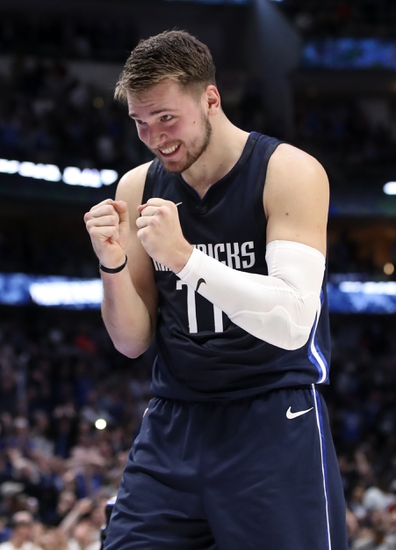 Kristaps Porzingis will face his former team for the first time on Friday when the Dallas Mavericks (5-2) host the New York Knicks (1-7) at American Airlines Center in Dallas. Porzingis has thrived with his new team, leading the Mavericks to a surprising 5-2 record through seven games and scoring 19.0 points and 8.1 rebounds per game.

While Dallas was expected to improve, few saw this sort of improvement. Aside from a two-point loss to Portland and an overtime loss to the Lakers, the Mavericks have been perfect with wins over Washington, New Orleans, Denver, Cleveland, and Orlando. Of course, a quick look at the schedule shows that the Mavericks have just one win over a team with a winning record, and only two games all season against teams with winning records.

Furthermore, Dallas has looked much better on the road than at home. The Mavericks are just 2-2 at home and the two wins are by an average of just 4.5 points against teams with losing records. On the road, Dallas has a win over Denver, a 20-point win over Cleveland, and a 108-100 season-opening win over the high-scoring Wizards.

In addition to Porzingis’ strong start to the season, Luca Doncic has been nearly unstoppable. He is eighth in the NBA in scoring at 26.7 points per game, third in assists at 9.1 per game, and 13th in the league in rebounds at 9.9. J.J. Barea and Tim Hardaway Jr. also score in double figures at 11.0 and 10.4 points per game respectively.

While Dallas has two of the scorers in the NBA, the Knicks struggle to score at all. New York is 29th out of 30 NBA teams scoring just 99.9 points per game, and that has led the Knicks to the worst record in the NBA at 1-7. They are on a four-game losing streak and have been defeated by double digits four times, including the last two games in a 113-92 loss to Sacramento and a 122-102 defeat on a three-day rest at a completely depleted Detroit team.

Marcus Morris Sr. and RJ Barrett each average 17.9 points per game while Julius Randle is averaging 14.3 points and 9.5 rebounds per game. Kevin Knox II is the only other Knick to score in double figures at 11.0 per game.

There is one stat that stands out in this game that might make some want to place a bet on the Knicks plus the 11 points, and that is the fact the Dallas is 0-4 against the spread as a home favorite this season and the Knicks are 3-2 as a road underdog. But there is no way a bet for the Knicks makes sense in this matchup. Porzingis is going to want to put on a show for his former team and the Knicks won’t have an answer Doncic. This might go against the statistics in which Dallas hasn’t been as good at home, but take the Mavs against the Knicks. New York really is that bad.