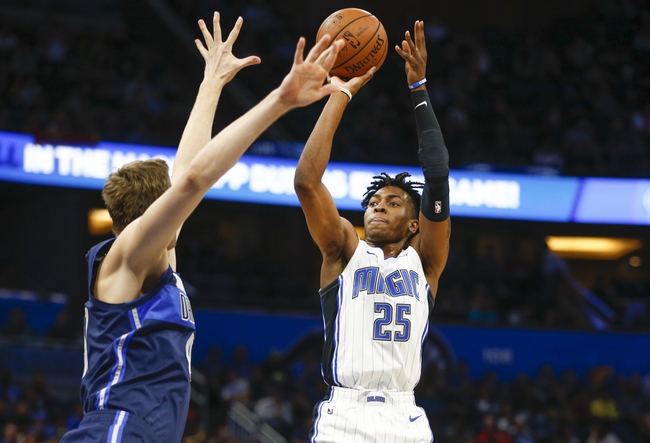 The Orlando Magic travel to the Dallas Mavericks for a Wednesday night showdown.  The Magic come into the game with a record of (2-5) and are coming off of a 102-94 road loss to the Oklahoma City Thunder.  The Mavericks are (4-2) on the season and enjoyed a 131-111 road win over the Cavaliers, last time out.

Magic are 4-1 ATS in their last 5 Wednesday games.

Mavericks are 1-5 ATS in their last 6 home games.

Mavericks are 1-7-1 ATS in their last 9 vs. a team with a losing record at home.

The Magic have been awful against the spread this year, going just 1-5-1.  The Magic have also had their issues with putting the  ball through the net.  The Magic are averaging 93 points per game, that ranks Orlando 30th in the league.  The Magic also rank 30th in field goal percentage.  The Mavericks on the other hand, are the 7th ranked scoring offense.  Mavericks are averaging over 116 per game.  The defense has been the reason the Magic have been able to stay in games.  The Magic are allowing just 98 per game.  The under has been very profitable in the last 12 games for the Magic.  Final score prediction, Mavericks win and the total goes under, 106-98.