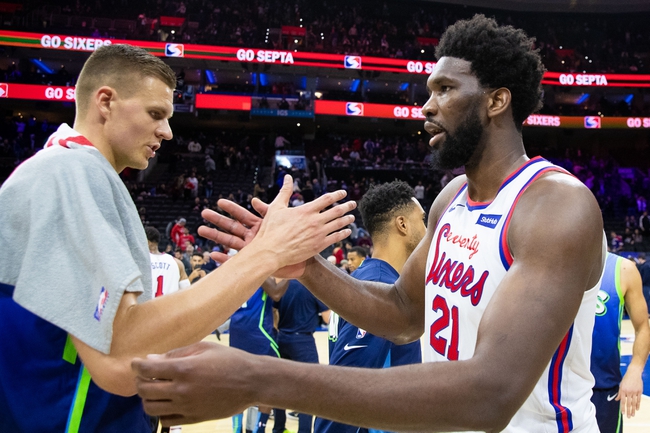 The Philadelphia 76ers travel to Dallas, TX on Saturday for a game against the Mavericks in a matchup of teams from the Eastern and Western Conference.  In their last game, the 76ers were victorious against the Boston Celtics by the score of 109-98.  Josh Richardson led the 76ers in points as he scored 29 on the night while shooting 9 of 16 from the field and 10 of 10 from the free throw line.  Richardson also led Philadelphia in assists on the night with 7 while playing a total of 34 minutes.  Ben Simmons led the 76ers in rebounds with 9 on the night, including 2 offensively.

The Dallas Mavericks welcome Philadelphia 76ers to town on Saturday, but first must play the Los Angeles Lakers on Friday.  In their last game, the Mavericks lost to the Denver Nuggets by the score of 107-106.  Luka Doncic led the Mavs in points in the game as he scored a total of 27 while shooting 11 of 24 from the field and 4 of 6 from the free throw line.  Doncic also led Dallas in assists in the game with 10 while playing a total of 37 minutes.  Doncic also led the Mavericks in rebounds on the night with 9, with 2 coming offensively.

The Philadelphia 76ers have scored 109.8 points per game this season while allowing an average of 105.7 points per game.  As of Friday, the Dallas Mavericks have scored 116.4 points per game on the year while allowing 109.2 points per game.  In their last 5 games, the 76ers are 2-3 but have won 2 games in a row while the Mavericks are also 2-3.  Dallas won the first meeting of the season between these two teams by the score of 117-98 in a game played in Philadelphia.  In the last 3 meetings between the two teams, Dallas is 2-1 and won by the average score of 113-102.  Dallas is 11-9 at home this season while Philadelphia is 7-12 on the road.  I will be going with the Mavericks in this one.  Dallas wins 115-111 and covers the spread.