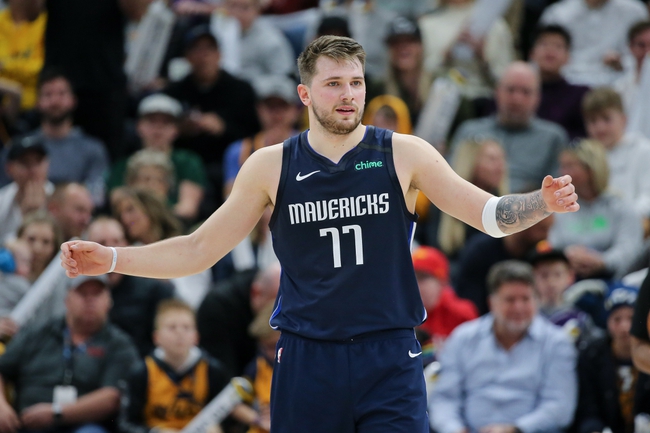 The Pheonix Suns travel to the American Airlines Center to take on the Dallas Mavericks. The Mavericks lost their last game on the road to the Utah Jazz, falling in a close 112-107 game to drop their record on the season to 28-17 on the year. The Suns are 5-5 in their last ten games, the most recent a disappointing 114-109 road loss to the Memphis Grizzlies to fall to 19-27 on the season.

The Suns offense is averaging 112.7 points per game ranking 11th in the NBA while shooting 46% from the field but is struggling from the three-point line shooting just 34.4% which ranks 24th in the NBA. The Suns are led by all-star Devin Booker who is averaging 27 points per game while adding 6.3 assists and is very efficient shooting 50.8% from the field despite taking 18 shots a game. Rising star Deandre Ayton dominates the middle averaging a double-double with 17.1 points and 12.1 rebounds, which leads the team. Getting the ball to these young stars is veteran point guard Ricky Rubio who is averaging 8.8 assists per game while adding 13 points.

The Mavericks are one of the best offenses in the country and things have really clicked in Dallas averaging 116.6 points per game to rank 3rd in the NBA in scoring offense. Dallas has been especially good from beyond the arc shooting 36.6% to rank 8th in NBA three-point percentage. Rising star Luka Doncic has been incredible for the Mavericks this season, averaging 29 points, 9 assists and 9.5 rebounds per game leading the team in all three categories. Luka is the second-favorite in MVP odds (+375) according to FanDuel Sportsbook.

The Suns come in with a 23-22-1 record ATS on the season but have struggled as of late having covered the spread just once in their last four games. The Mavericks are a force in the Western Conference this season and have been good to backers with a 23-19-3 record ATS on the year. Final score prediction, the Mavericks roll through the Suns at home winning and covering the spread with a 117-105 final score.