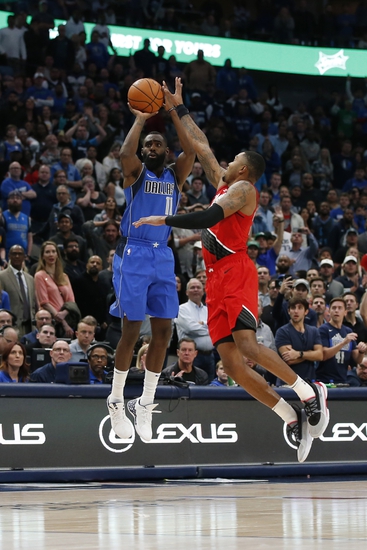 In the Mavericks win over the Kings, Dallas was guided offensively by Luka Doncic.  Doncic made 8 of 18 attempts from the floor, sinking 9 free throws, securing a triple-double.  Doncic finished with 25 points, 15 rebounds, and 17 assists.  Dallas shot 51% from the floor and 32% from 3-point distance.  The Mavericks won the game from the foul line, out scoring Sacramento 20 to 11.  The Mavericks led by as many as 16.

Trail Blazers are 1-5 ATS in their last 6 games against Dallas.

The under is 4-1 in Trail Blazers last 5 games.

The under is 7-3 in Mavericks last 10 games against a Western conference opponent.

Portland has won 2 in a row, while Dallas has won 3 in a row.  The Mavericks have the 3rd highest scoring offense, while the Trail Blazers give up the 21st most points per contest.  The Mavericks are 8-13-1 ATS at home.  During the last 10 matchups between the two, Portland has won 6 of the 10 and the average margin between the two teams is 2 points.  This should be a close game, so I'll take Dallas to win at home and Portland to cover.  Final score prediction, Mavericks win and the Trail Blazers cover,