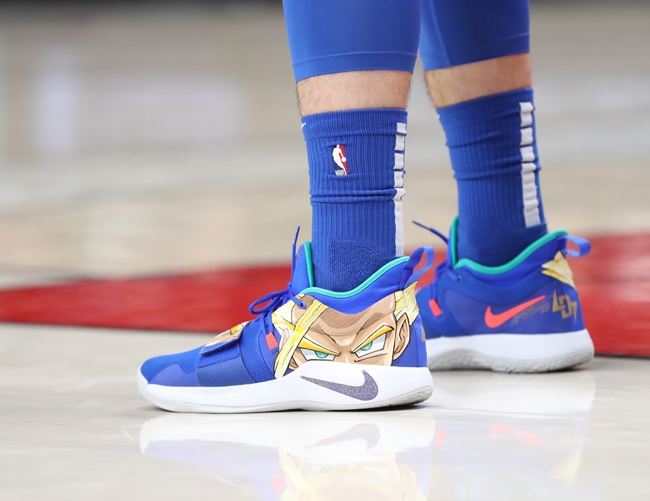 The Portland Trail Blazers head to the Big D on Sunday for a match up with the Dallas Mavericks in what should be a good game between two teams looking to go far in the Western Conference.  In Portland’s last game, they were able to pull out a win against the Sacramento Kings by the score of 122-112.  Damian Lillard led the way for the Trail Blazers scoring 35 points while going 12 of 20 from the field and a perfect 8 of 8 at the free throw line.  Lillard also led his team in assists with 5 but did also turn the ball over 3 times. Center Hassan Whiteside led the team in rebounds with 9 and added 22 points of his own while shooting an impressive 90 percent from the field.

After a loss to the Denver Nuggets in their season opener and a win against the Kings, the Trail Blazers are now 1-1 on the season, but their match up with Dallas will be their toughest challenge to date.  Portland is led by point guard Damian Lillard who is averaging 33.5 points per game on the season, but also gets support from Hassan Whiteside and CJ McCollum.  As a team, Portland is averaging scoring 111 points per game and giving up 110 points per game and is shooting 47.7 from the field.  The Trail Blazers will once again be without power forward Pau Gasol on Sunday who is listed on the injury report as out.

The Dallas Mavericks enter Sunday’s game on a high note after beating New Orleans on the road 123-116.  Last years Rookie of the Year award winner Luka Doncic recorded a triple-double and led his team in points with 25, rebounds with 10 and assists with 10.  Doncic was 10 of 19 shooting from the field and 2 for 2 at the free throw line while playing 38 minutes in the game.  The Mavs were also helped by a big game from Kristaps Porzingis who scored 24 points while going 8 of 17 from the field and recorded a team high in blocks with 5.  Another bright spot for Dallas was the play of point guard Delon Wright who came off the bench and scored 20 points and recorded 7 rebounds.

When looking at this game, you have to see the star power associated with.  Lillard, Doncic and Porzingis are all capable of having big games.  It will be interesting to see how Porzingis plays as the season goes on since he has never really had to play meaningful games while in the NBA.  With the offensive power that Dallas has, I don’t see them losing at home to the Trail Blazers. Mavericks win this one 120-115 and covers the spread.