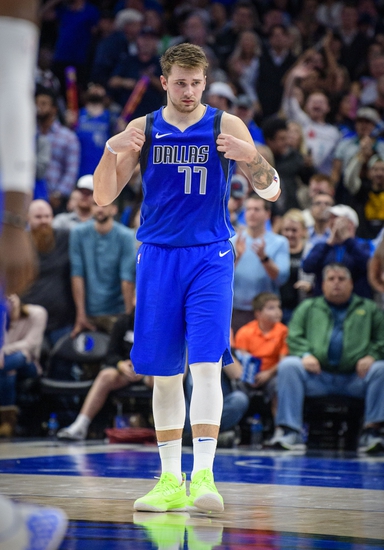 In the Spurs win over the Grizzlies, San Antonio was guided by LaMarcus Aldridge.  Aldridge connected on 17 of 25 attempts from the floor, making 3 foul shots, registering 40 points and 9 rebounds.  The Spurs shot 67% from the floor and 63% from 3-point range.  The Spurs out rebounded the Grizzlies, 51 to 39.The Spurs led 46-31 after the 1st quarter and never looked back.

In the Mavericks loss to the Raptors, Dallas led by 30 points with just over 2 minutes left in the 3rd quarter.  The Mavericks were led in scoring by Jalen Brunson.  Brunson converted on 8 of 14 attempts from the floor, making all 3 foul shots, totaling 21 points.  The Mavericks shot 39% from the floor and 33% from deep.  Dallas had 17 turnovers in the loss.

Mavericks are 13-5 ATS in their last 18 games overall.

The Spurs have dominated the series recently, winning 8 of the last 10 matchups.  Both offense's rank in the top 8 in scoring, averaging over 113 points per game.  The Mavericks have the better defense, allowing just 108 points per night, while the Spurs are giving up over 115 on average.  You can bet the Mavericks have a sour taste in their mouth after blowing a 30 point lead to the Raptors.  The Spurs also struggle on the road, having gone 4-9.  I'll take Dallas at home.  Final score prediction, Dallas will win and cover, 116-108.