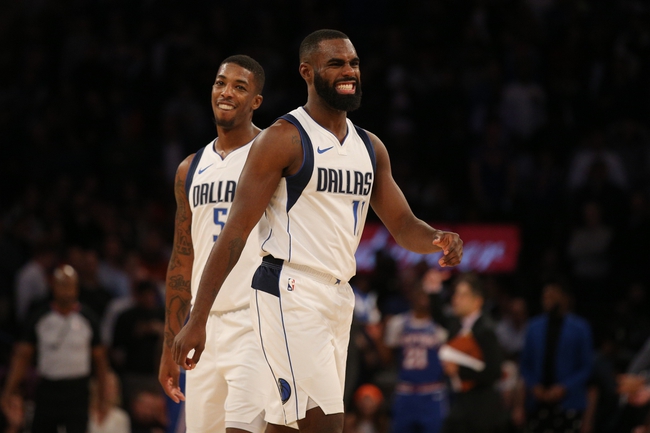 The Toronto Raptors (8 - 3, 4 - 3 Away) are on the road this weekend to take on the Dallas Mavericks (6 - 5, 2 - 3 Home). Dallas will be hosting this game at the American Airlines Center in Dallas, TX. Toronto comes into this game fresh off of a nice win over Portland while Dallas is still reeling from dropping three of their last four games. Dallas will look to hit the next level with the return of their superstar, Kristaps Porzingis, to the floor.

Toronto will be taking the court in this game without Serge Ibaka in the lineup. Thankfully, the Raptors will have one of their top defenders in OG Anunoby back on the floor. Leading the way for Toronto is Pascal Siakam (27 PPG, 9 RPG) and he'll be our player to highlight in this matchup. Toronto is scoring 113 PPG on offense while surrendering 107 PPG on defense.

The Dallas Mavericks will come into this game with a fully healthy team for the first time in a while. Dallas is led on offense y the play of super sophomore, Luka Doncic (29 PPG, 9 APG, 10 RPG). Doncic is having an MVP-level season but he'll have to contend with a staunch defensive lineup. Dallas is scoring 114 PPG on offense while shooting 45% from the floor as a team. Dallas is giving up just 112 PPG to opposing squads on defense.