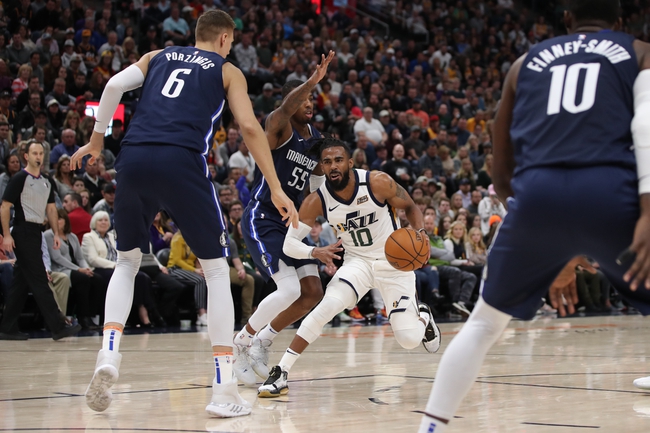 The Utah Jazz travel to Dallas, TX on Monday for a game against the Mavericks, but first they must play the Houston Rockets on Sunday.  In their last game, the Jazz defeated the Portland Trail Blazers by the score of 117-114.  Bojan Bogdanovic led the Jazz in points on the night as he recorded 27 points while shooting 10 of 16 from the field and 5 of 7 from the free throw line.  Donovan Mitchell led Utah in assists as he recorded 7 on the night in the 35 minutes that he played against the Trail Blazers.  Rudy Gobert led the Jazz in rebounds on the night as he recorded 14, including 5 offensively.

The Utah Jazz are currently 33-18 on the season which places them in 2nd place in the Northwest Division.  Donovan Mitchell leads the Jazz in points per game with 24.3.  Rudy Gobert leads the Jazz in rebounds per game as he has averaged 14.4 per game.  Joe Ingles is the assists leader for the Jazz as he is averaging 5 per game.  The Jazz enter Sunday’s game with 1 player listed on their injury report as Ed Davis is day to day.

The Dallas Mavericks welcome the Utah Jazz to town on Monday after winning their last game against the Charlotte Hornets by the score of 116-100.  Seth Curry led the Mavs in points in the game as he scored a total of 26 while shooting 10 of 14 from the field.  Willie Cauley-Stein led Dallas in rebounds in the game with 10, including 2 coming offensively.  Delon Wright led the Mavericks in assists on the night with 7, while playing a total of 24 minutes against the Hornets.